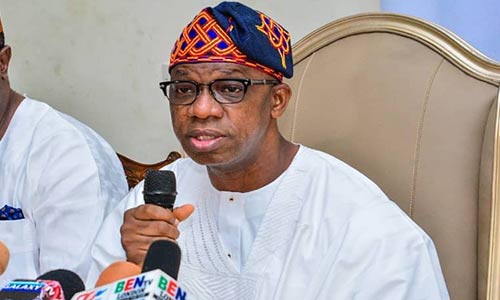 The Ogun State Government has approved the proposal for the creation of the Western Nigeria Security Network, Amotekun, in the state.

The approval for the region’s security outfit codenamed ‘Operation Amotekun’ was given at the State Executive Council meeting held at the Executive Chamber of the Governor’s office, Oke Mosan, Abeokuta.

The state governor’s Chief Press Secretary, Kunle Somorin, who stated this in a statement on Wednesday, said the approval was given during the Exco meeting held on Tuesday which lasted for 10 hours.

The statement read that the Commissioner for Justice and Attorney General of the State, Mr Adegbolahan Adeniran, said the presentation of the bill before the state council followed the earlier approval by the Attorney Generals and Commissioners of Justice of the six Southwest states.

He said, “We presented the bill for the creation of the Ogun State Security Network Agency or what many call the Amotekun Corp Bill of 2020.

“Today, the Executive Council of Ogun State met and adopted a draft as amended of a bill for a law to establish the Ogun State Security Network Agency. This agency will comprise of the Amotekun Corp and this bill will be transmitted to the House of Assembly before the end of this week.

“It made all the Attorney Generals of the Southwest zone including Oyo, Ogun, Osun, Ekiti, Ondo, and Lagos States to come together with the intervention of the DAWN commission that has been piloting the process, and we are able to have a draft model bill to be adopted by each of the states in accordance with their local circumstances and situations as the need arises.”

The Western Nigeria Security Network was launched by the governors of the Southwestern states in January but there was a need for legal backing for the outfit to be fully operational.