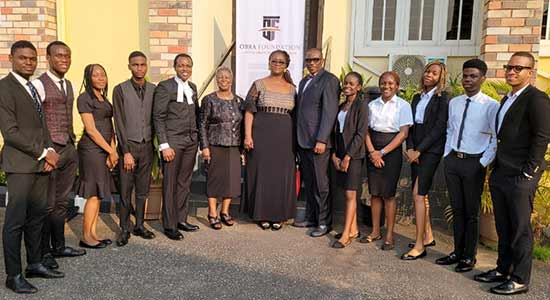 Justice Ugochukwu Ogakwu JCA on Tuesday had an evening parley with the interns at Obra Legal LP.

Obra Legal LP is particularly fond of exposing its interns to some of the most brilliant dignitaries in law.

Being a norm of the Law Firm, its Managing Partner Ikechukwu Onuoma Esq., invited Justice Ugochukwu Ogakwu JCA and his wife Mrs. Augusta Ogakwu Esq to have talks with the interns.

Justice Ugochukwu Ogakwu JCA, shared life experiences with the interns. Mrs. A. Ogakwu a director in INEC, former Secretary INEC, and current a serving director also spiced the evening with her lovely sense of humor and top career achievements. 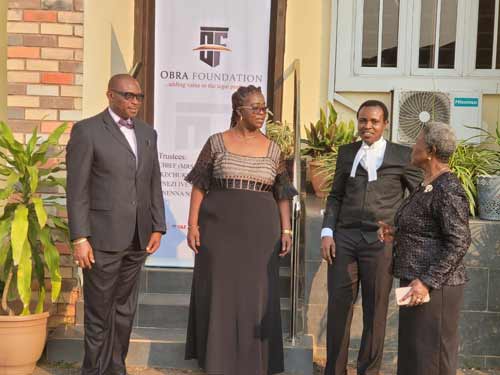 The in-house event, lasting a little over two hours, featured anecdotes from Justice Ogakwu and his wife.

Thereafter the interns engaged our guests with questions and comments. It was a lovely outing.