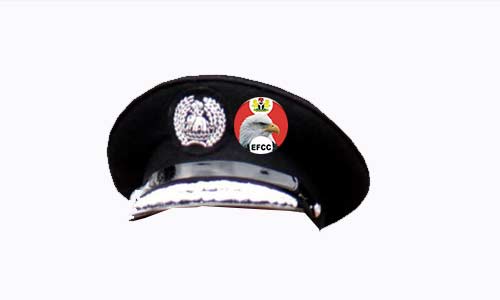 A study on the trends of appointment of the past-Chairmen of the Economic and Financial Crimes Commission-herein after referred to as EFCC- reveals that they have been police officers. Of recent when Mr Ibrahim Magu has been facing some allegations before the Ayo Salami’s Panel of Inquiry/Investigation, some of the EFCC’s staff have been reported by the media to have been protesting in a way that the Chairman to be appointed to head the Commission (i.e. EFCC) must not be a police officer again and rather a civilian who can carry out the functions of the Commission should be appointed! This paper is therefore of the firm view that not only police officer can and or must be appointed as Chairman of EFCC.

Section 2(1) of the Economic and Financial Crimes Commission (Establishment, Etc.) Act, 2004, provides on the composition of the Commission thus

‘(1) The Commission shall consist of the following members-

‘(3) The Chairman and members of the Commission other than ex-officio members shall be appointed by the President and the appointment shall be subject to confirmation of the Senate’.

From the above underlined words, in my humble view, there are some persons among whom the Chairman for the EFCC can be appointed:

Furthermore, it is observed that the past and present Presidents of Nigeria have always been appointing a police officer within the scope of the Act to head the Commission as the Chairman, for the reasons best known to them, with due respect! However, what this paper submits is that appointment of a Chairman of the Commission (EFCC) should and must not be restricted to a police officer as the Act in section 2(1)(b) recommends either a serving member of any government security or any any retired member of any government security as can as well be appointed as Chairman of the Commission. It is interesting to note that those who form the National Security Agencies of Nigeria are listed as only three (3) in numbers under the National Security Agencies Act, 2004 (as amended). Take for instance, the Preamble to the National Securities Act, provides thus

There shall, for the effective conduct of national security, be established the following National Security Agencies, that is to say-

Therefore, this paper humbly submits that the Armed Forces members or officers (i.e. the Nigerian Army, the Nigerian Navy and the Nigerian Air Force) cannot be appointed as Chairman of the EFCC. The EFCC Act in the said section (2)(1)(b) (supra) specifically mentioned ‘security’ and it is my humble submission that ‘Armed Forces’ are not ‘security agencies’ under the National Security Agencies Act rather, they are ‘Armed Forces’ under the Armed Forces Act, 2004 (as amended) and the word ‘security’ cannot be interpreted to mean or to include the ‘Armed Forces’. I have placed reliance in my submission here on the case of EHUWA V. ONDO STATE INDEPENDENT ELECTORAL COMMISSION & ORS. (2006) LPELR-1056(SC), where the Supreme Court of Nigeria held thus

Therefore and finally, it is my humble submission without prejudice to the submissions made in this paper above that:

I therefore humbly recommend that the President of the Federation should in this instance, appoint any member of either a serving or retired member or officer of either of the: Defence Intelligence Agency; National Intelligence Agency;  or State Security Service as Chairman of EFCC, for a more transparent rotation of the Composition of the Commission among the law enforcement and security agencies of government.