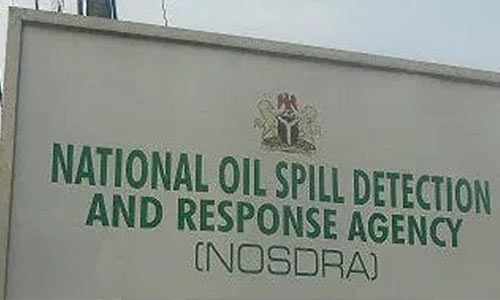 The Director-General, National Oil Spill Detective and Response Agency (NOSDRA), Idris Musa, has said the scrapping of the agency will be a great mistake for the government and will take the country back to the disaster it was if implemented.

He spoke during a chat with The Nation in Abuja. He stated that suggestions by the Oronsaye Report that the agency should be scrapped is not fair as the country is signatory to the oil pollution preparedness and response cooperation agreement.

He said: “When the committee was formed by the Steve Oronsaye panel to look into the NOSDRA activities, NOSDRA team went there and did all the necessary submissions but to our dismay the committee chairman did not take our submission. We were not given the opportunity to even make a presentation.

“NOSDRA was not an administratively set up agency it was set up by an Act of Parliament, it was set up as a result of response to an international convention.’’ There is also the Abidjan convention which is the sub-regional for the ECOWAS countries. For reasons best known to the committee they just felt NOSDRA should be scrapped; this means taking the whole country back. When there was no national contingency plan we knew what we experience as a nation.