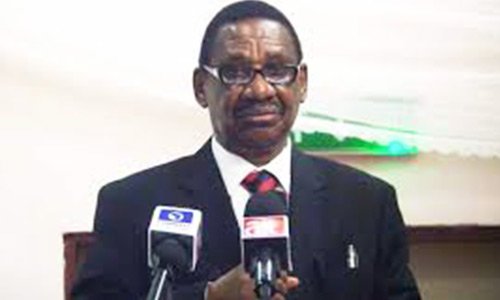 At a briefing in Lagos on PACAC’s activities in five years, the committee’s Chairman Prof Itse Sagay (SAN) said its advisories have resulted in the whistleblower policy and the corporate property verification by Federal Inland Revenue Service (FIRS), amongst others.

“We issued an advisory on re-opening of investigation into some abandoned high-profile cases e.g. Malabu oil case.

“The pursuit of recovery of proceeds of crime involved in the case has yielded results.

“So far, the Federal Government has recovered $73m in the UK from the case.

“Other recoveries have been made from foreign jurisdictions, including from the USA, Switzerland and the Island of Jersey,” he said.

PACAC Executive Secretary Prof Sadiq Isah Radda said the committee would propose an amendment to the constitution that will enable judges elevated to higher courts to conclude part-heard cases already before them.

This, he said, will eliminate delays caused by trials starting de-novo (afresh).

Continuing, Sagay described the fight against corruption in Nigeria as “both sweet and sour”.

“This is because while some milestones have been reached, there is a lot of work still to be done to rid Nigeria of corruption,” he said.

Giving highlights of PACAC’s contributions to the anti-graft war, he said the committee has exceeded the expectations of both the Federal Government and the donors.

“On capacity building alone, we have conducted over 60 activities, many workshops and seminars for the judiciary, from the Magistracy to appellate courts.

“Other beneficiaries include prosecutors and the anti-corruption agencies.
“This has resulted in these stakeholders having an improved understanding of their individual roles in the criminal justice system, both in its substantive and procedural aspects.

“The impact of this effort is reflected in an increased number of cases filed and concluded and the improvement in the rate of conviction of looters.
“The impact of the strategy workshops on non-conviction based asset recovery has been amazing.

“Total recoveries are hovering around the N1rillion mark, and even more remarkably these recoveries have been recycled into the budget to uplift the oppressed and most vulnerable victims of corruption.”

Sagay said one striking contribution of PACAC in the war against corruption is the committee’s concentration on illicit financial flows through international conferences and recommendations on tackling it.
He said the committee has produced manuals and protocols to assist the anti-corruption agencies in their work and has produced a Bill for the establishment of a special crimes court, mainly for high profile corruption cases.

Calling for collaboration in the anti-graft war, he said: “The Federal Government, Labour Unions, Civil Society Organisations and mainstream civil servants must work together to reform our civil service to make it productive rather than a drain on the nation.

“This should be replicated at the State and Local Government levels.
“The three arms of government and indeed the three tiers of government must consult, concur and develop a blueprint for cutting the cost of governance in Nigeria.

“Nigerians have to take personal responsibility to be corruption-free. Citizens must learn to respect the law, due process, procedures and guidelines.
“These noble practices will make the jobs of ACAs and Law Enforcement Agencies easy, thereby stabilising the country.

“The Judiciary and individual Judges must make the attainment of justice the primary objective of their rulings and judgments, rather than technical judgments that are promoting injustice and eroding confidence on the Judiciary.”