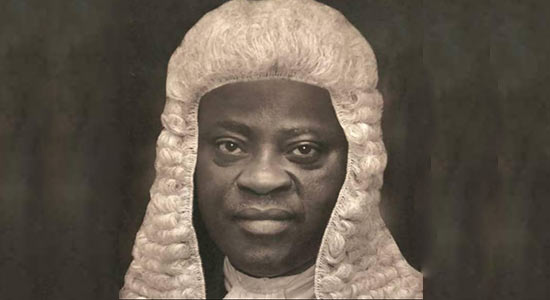 The Acting Chief Judge of the Federal Capital Territory, Justice Husseini Baba-Yusuf on Wednesday declared that nobody has ever written petition against him since 1998 when he was appointed as Judge in the nation’s capital.

Justice Baba-Yusuf stated this when he appeared before the Senate Committee on Judiciary, Human Rights and Legal Matters for screening as the substantive Chief Judge of FCT.

He vowed to continue to protect the sanctity of the judiciary.

He said, “Nobody has written any petition against me to National Judicial Council since 1998 when I was appointed as Judge in Federal Capital High Court.

“I realised that I need to make adjudication of Justice pure.”

He told the Committee chaired by Senator Opeyemi Bamidele that he started his career in 1986 and that he became Chief magistrate first grade in 1991 when Kogi State was created.

Also speaking after the submission of the Acting Chief Judge of FCT, the Chairman of the Committee said that no petition was submitted against the nomination of Baba-Yusuf and that he had been cleared by the Department of State Service.

Bamidele said, “No petition before us on your nomination and you have a clean bill from Department of State Service.”

He added that the Independence of the Judiciary was non-negotiable saying that if Nigeria must have a virile and resilient democracy, where the rule of law is norm and not an optional.

He said, “As I have always said and wish to once again reiterate that the Independence of the Judiciary is non-negotiable, if we must have a virile and resilient democracy, where the rule of law is norm and not an optional.

“Accordingly, all hands must be on deck to ensure that the Independence of the Judiciary is not jeopardised and compromised in any way.”