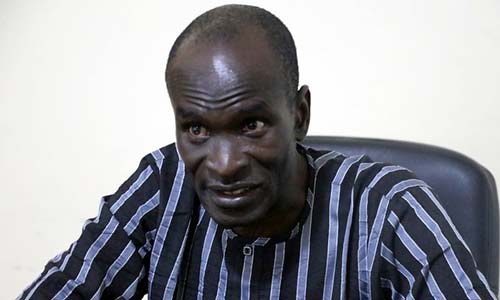 An Abuja Division of the Federal High Court on Monday granted bail to a journalist, Jones Abiri.

The Nigerian government on May 24 arraigned Mr Abiri for alleged economic sabotage and terrorism.

According to the charge sheet seen by TheNigerialawyer, Mr Abiri sent text messages from his phone number to Shell and Agip officials, threatening to blow their oil installations if his demands were not met.

The Bayelsa-based journalist was also accused of leading a gang of activists to blow up pipelines in Bayelsa.

All the offences allegedly took place between June and July 2016.

The charges came nine months after Mr Abiri was freed from the custody of the State Security Service, after spending two years there without trial.

The journalist strongly denied all allegations, saying he was being targeted for his media work that put a spotlight on the controversial conducts of oil companies and the Nigerian government in the Niger Delta.

His ordeal has been a major topic of discussion amongst media rights advocates, with the New York-based Committee to Protect Journalist asking for all charges to be dropped.

Ruling on the bail application on Monday, the judge, Ijeoma Ojukwu, said the crime for which the defendant is charged “is bailable”, under special circumstance, as provided under section 161 of the Administrative of Criminal Justice Act, 2015.

1) A suspect arrested, detained or charged with an offence punishable with death shall only be admitted to bail by a judge of the High Court, under exceptional circumstances.

2) For the purpose of exercise of discretion in subsection (1) of this section, “exceptional circumstances” includes:

(a) ill health of the applicant which shall be confirmed and certified by a medical practitioner employed in a Government hospital, provided that the suspect is able to prove that there are no medical facilities to take care of his illness by the authority detaining him;

(b) extraordinary delay in the investigation, arraignment and prosecution for a period exceeding one year; or

(c) Any other circumstances that the judge may, in the particular facts of the case, consider exceptional.

As part of the bail conditions, the judge ordered that the defendants pay N100 million with one surety in like sum.

“The surety must be the owner of landed property in Abuja.

“Applicant must remain in jail until he fulfils the bail condition,” Mrs Ojukwu added.

The judge adjourned to June 28 for the commencement of trial.