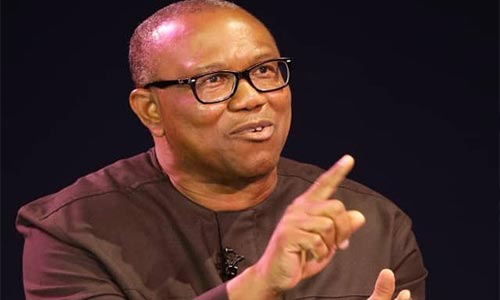 Former Anambra State Governor, Peter Obi, says the reason Nigeria tends not to be working at this moment is that many individuals in various offices were recruited based on sentiment.

The elder statesman stated this on Wednesday when he joined Governor Nyesom Wike to commission the Constructed Internal Road Phase 2 in Isiokpo, Ikwere Local Government Area of Rivers State.

“The reason Nigeria is not working today is that people have been recruited based on sentiments,” Mr. Obi said, adding that this way of operating has to stop.

He said, “if we have to recruit you to be local government chairman, governor, vice president, president, and minister, it must be based on capacity and competence, which are viable not what we are doing now and the country is collapsing”.

According to the former chairman of the Nigeria Security Commission, accountability in government is a very critical yardstick to determining good governance and to build the trust of the people.

Mr. Obi thanked Governor Wike for what he is doing for the people of Rivers State. He urged everyone who has been entrusted with the welfare of the people to give their all.