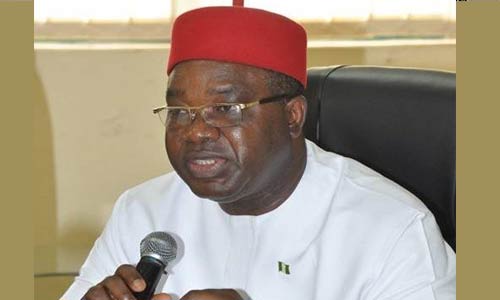 The National Human Rights Commission (NHRC) has advocated for the amendment of necessary legislation to provide for the treatment and rehabilitation of drug users, as well as the adoption of non-custodial measures for appropriate cases in order to avoid human rights violations.

Executive Secretary of the Commission, Tony Ojukwu, who gave this position via zoom at a side event on ‘Strengthening the Role of the UN Human Rights System in Drug Policies: The Case of Arbitrary Detention’ at the 47th Session of the Human Rights Council, which took place on 2nd July, 2021, observed that the availability and high consumption of drugs in some parts of Nigeria have exposed the young people that constitute a significant portion of the country’s population to health challenges.

According to him, illicit drug use is driven by certain social and economic vulnerabilities and these circumstances continue to be at play even during arrests, detention and trial of suspects.
The human rights boss however said addressing inequalities through targeted anti-poverty programmes was key to achieving reduction in drug use and abuse.

He also observed that majority of drug related crimes leading to arrests and detention were for possession and personal use, pointing out that arbitrary arrests, detention and associated human rights violations are instigated by the criminal provisions of drug laws, prohibiting use and possession.

Ojukwu claimed that decriminalising drug possession and personal use will go a long way to reducing these violations as well as result in the decongestion of Correctional Centres and other detention facilities, thereby reducing running costs and exposure to COVID-19 and other health challenges.

The NHRC scribe also used the opportunity to urge the executive authorities such as President and Governors, to in line with the powers conferred on them by the Constitution to continuously conduct review of sentences and exercise their prerogative of mercy towards persons already convicted for drug use.

The Executive Secretary also stressed the need to conduct regular training for personnel and officers of the drug enforcement agencies such as the NDLEA in Nigeria and the police on international, regional, and national human rights standards, especially regarding arrests and detention, to forestall human rights violations.

He said: “In Nigeria, all forms of arbitrary arrests violate the Constitution and other human rights instruments and usually adopted in such arrests offend sections 5 and 6 of the Administration of Criminal Justice Act 2015 which prohibits undue restraints except in cases of violence or by a court order.”

He also urged the Legislature, the Judiciary and stakeholders in the criminal justice system to strengthen the use of non-custodial measures for drug users who come in conflict with the law as this will respect the rights of suspects and help in decongesting correctional centres.

He called for the strengthening of the promotional mandate of National Human Rights Institutions (NHRIs) by increasing their oversight and watchdog functions on drug enforcement agencies through monitoring and visitation of detention and holding facilities and increased collaboration with civil society organisations and other support groups of drug users to create awareness on human rights standards and other legal protections.