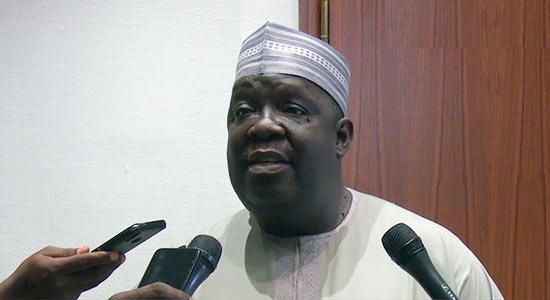 A member of the Senate Committee on Aviation, Sen Ibn Na’Allah, yesterday disclosed that the committee was misinformed, hence it’s directive to the Nigerian Civil Aviation Authority (NCAA) to suspend the issuance of Air Operator’s Certificate (AOC) to a new airline, NG Eagle, being promoted by the Assets Management Corporation of Nigeria (AMCON).

Sen Na’Allah said this on Wednesday in Abuja during the 50th Annual General Meeting (AGM) of the Nigerian Air Traffic Controllers Association (NATCA).

He specifically said his committee was misled on the controversial issue of NG Eagle’s AOC and apologised to Nigerians.

There has been controversy over the move to create NG Eagle from Arik Air as part of AMCON’s divestment movement. This triggered the intervention of the National Assembly – the Senate and House of Representatives – which directed NCAA to suspend the issuance of AOC to the start-up carrier, as the directive is considered as an attack on the autonomy of the regulatory authority.

The senator, therefore, charged NCAA to go ahead with its duties and perform its statutory functions as the regulators of the aviation industry without interference.

He declared that, “The senate does not wish to interfere in the statutory functions of the NCAA.”

Aviation Round Table (ART), in a statement by its President, Dr Gbenga Olowo, explained that the various legislations that established aviation and allied agencies in Nigeria stipulated their roles and areas of competence.

ART declared that the recent actions of the members of the National Assembly undermined and whittled the powers granted to NCAA, recalling that there had been similar acts of interference in the past.