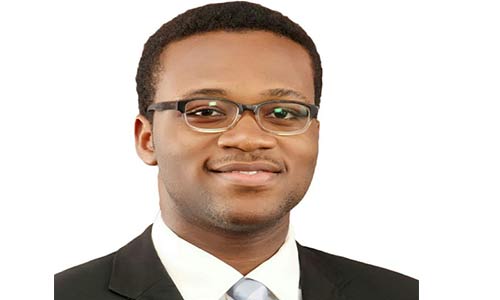 A Lagos based lawyer, Nwachukwu has said that one of the greatest achievements of the NBA Annual General Conference is the plan to review the grading system of the Nigerian Law School.

According to him, this was announced by the Council of Legal Education.

Applauding the Council for the move, he stated that the Council should do same in line with the best global practices.

Below read his statement

One of the greatest takeaway of the just-concluded NBA Annual General Conference, if not the greatest, was the announcement by the Council of Legal Education, that at its meeting on the 15th of July 2019, they decided to review the Law School grading system which hitherto, was assessing students of the Bar final examinations largely on their least grade scored.

This disclosure has been commended by lots of lawyers and the general public, who see this as a wind of change, positively blowing away anachronistic practises.

Indeed, bearing in mind that the legal profession has prided itself as being conservative and traditional, many feared that this day would not have come. Knowing it has come in our life time is impressive and it’s sign that other noble changes and advancement can be effected.

While this new policy has been received happily from many quarters, it is not far from controversy as some are asking if this would apply retroactively, in order to remedy the conditions of many who were gravely affected by the odious grading system.

While we wait for more details as regards the operation of the new grading system.  It is apposite to use this opportunity to draw the Council to international best practises as regards grading of professional Exams.

Both in Nigeria and around the World, professional Exams are graded on the basis of Pass and Fail only.

In Nigeria Professional courses like Medicine, Pharmacy etc also adopt this. In Canada, US etc, their Bar exams which are also very competitive also use the Pass and Fail system, this is the system we hope the Council can adopt as soon as possible.

To the current members of the Council of Legal Education, we praise you for the bravery in tackling this issue which has been an issue of great concern to many. This is a good feat.

Nwachukwu is a Lagos Based Legal Practitioner and a Writer