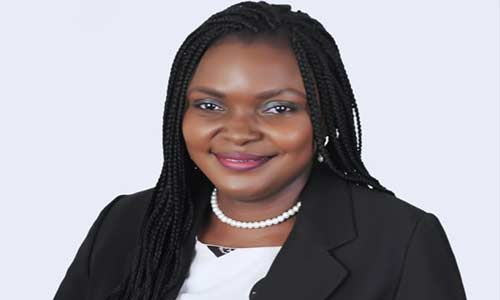 The Treasurer-Elect of the Nigerian Bar Association in the just concluded election has appreciated all those who gave her supports throughout the process.

This is contained in a statement issued by her which was made available to TheNigeriaLawyer, titled “MERCY IJATO AGADA’S APPRECIATION MESSAGE”.

“Dear Learned Silks, seniors and colleagues, I deeply appreciate you for all the supports you gave to me throughout the electioneering period which cannot be forgotten in a hurry”.

Furthermore, she urged that all hands should be on deck for the development of the Association.

“I alone did not win we all won. I urge us all to work together for the growth of our dear Association.” She said.

“To all those who won I say congratulations! And to those who lost I say well done! You all put up a good fight.” She added.

She further noted that the campaign provided her an opportunity for networking.

“I made so many new friends in the course of my campaign that I’ll live to cherish.”

Besides, she assured of her commitment to be bound by the NBA Constitution in discharging her duties.

“I promise to be bound by the provisions of the NBA Constitution in carrying out my duties as the NATIONAL TREASURER.”

“TO GOD BE THE GLORY”. She concluded.