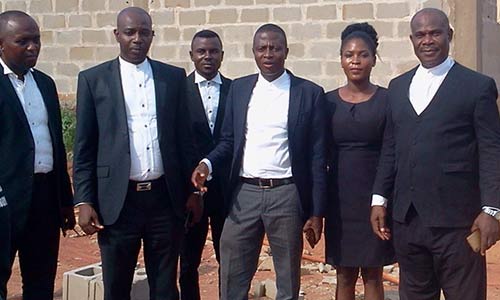 The Nigerian Bar Association (NBA), Otuocha branch, Anambra State has commended Governor Willie Obiano for setting up a committee for the reform of state laws and the construction of a high court complex in Otuocha in Anambra East Local Government Area.

The group made the commendation when it embarked on the inspection of the Otuocha High Court Complex under construction by the State government at Umuekete Aguleri.

The Chairman of the NBA Otuocha Branch, Mr Benson Ikedigwe, lauded Obiano for his investments and development strides witnessed in the judiciary since becoming Governor.

He recalled that the foundation stone of the complex was laid by the former State Chief Judge, Hon. Justice Ijem Onwuamaegbu (retd) on September 3, adding that the construction work handled by Mr Emma Ubah of Elmada International Ltd was moving at a very fast clip.

“As part of what we need to do as stakeholders in the justice delivery system, we came to inspect for ourselves the level of progress of the construction work of a high court complex being embarked upon by the state government,” he said.

“We commend the Governor for his quest to give us the best in the judiciary. The work is moving at a very high speed, in fact, we are overwhelmed with the progress so far in less than two months.

“We also appreciate Governor Obiano for setting up a committee to reform Anambra state laws ably headed by Hon. Justice Ijem Onwuamaegbu (retd). It shows that he is a leader that is concerned about the people’s welfare,” he said.

“The members of the Bar and Bench, other judicial staff, litigants deserve a conducive environment during justice delivery and dispensation. After the structure, the Governor has also promised to introduce electronic recorders to assist the judges during court proceedings,” they said.

The NBA chapter chairman Emeritus and President General of Aguleri community, Barr. Hipo Onwuegbuke, eulogized Obiano for building the court complex and attracting other development projects to the town. He also appealed to his community members to be law-abiding in other to escape the arm of the law.