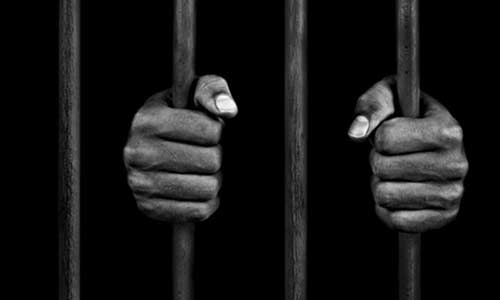 Ikorodu Branch has been in the news for several reasons which include; designing programs that impact the Ikorodu Community to the novel way it has made lawyers more visible and relevant in the society at large.

With its many committees working weekly; NBA Ikorodu Branch has indeed set the pace for other branches to follow and to emulate.

Recently; the Chairman of the Branch; Mr. Bayo Akinlade was appointed into an Advisory Committee set up by the Attorney General and Commissioner for Justice Lagos State to look into the issue of lay policemen prosecuting cases at the Magistrate Courts in Lagos State. This does not come as a surprise as Mr. Akinlade and his branch members have been busy helping accused persons gain access to justice through their branch Police Duty Solicitors’ Scheme (PDSS) and Court Centred Prison Decongestion initiative (CCPDI).

In a recent statement by the Ikorodu Branch Chairman; CCPDI will begin at the Ikeja High Court on the 15th of January 2020. The NBA Branch has adopted Hon. Justice Coker’s Court which is a designated Criminal Court as a pilot project to provide free legal representations for inmates who are still in prison custody.

“It is not easy for us to go beyond Ikorodu to provide these services but on the other hand; we felt that we need to stop complaining or waiting for someone else to do the job and just go ahead to do it. We are stretching ourselves here, we have limited financial resources but we have an abundance of compassion to drive this initiative. We have been receiving requests from other judicial divisions in Lagos to start the CCPDI in their courts but Ikorodu Branch cannot be everywhere. I have, however, appealed to lawyers in other NBA Branches in Lagos to duplicate this initiative in their respective branches.

Mr. Akinlade notes that the CCPDI has received 6 cases already from the Ikeja Court and will do its best to provide top-notch legal representation for the defendants

“We will provide our services to these inmates who have no financial resources to employ the services of a lawyer and treat their cases as if they were paying us millions of Naira. I will personally handle some of these cases while my colleagues will do the rest and continue the work in Ikorodu which we do every Thursday.”

The NBA Ikorodu Branch is the first NBA Branch to work closely with the Legal Aid Council of Nigeria, the Lagos State Ministry of Justice; Office of the Public Defender and other NGOs in reactivating the Police Duty Solicitors Scheme (PDSS). Other NBA Branches across the nation are now poised to follow in its footsteps as they begin to put structures in place.

“PDSS began in Ikorodu when we discovered that through the CCPDI we were facilitating the release of detainees but more were coming in through overnight cases from the police station.

We had to close the gap from the side of the police and that’s how Stanley Ibe of Open Society Justice Initiative introduced us to PDSS. Since then we have worked tirelessly to expand our operations and sell the idea to all NBA Branches across the nation.

CCPDI has since its inception intervened in over 120 cases in the last 14 months and succeeded in facilitating the release of over 80 inmates. PDSS, on the other hand, has handled over 70 matters at the police station and concluded more than 50 disputes without recourse to Courts.