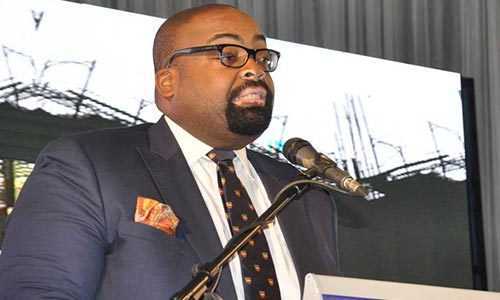 Senior Partner at Templars and immediate past Chairman of the NBA Section on Business Law, Mr. Olumide Akpata, has congratulated the winner of the NBA Ikere Branch Chairmanship elections who was announced recently.

In a statement issued last night, he said “I congratulate Kike Owolabi, a woman of great value and excellence, on her election as the Chairman of the NBA Ikere Branch, Ekiti.

I also commend all others who were elected along with her, and indeed, every member of the branch for the successful, fair and peaceful elections”.

Continuing, Akpata said “When she is sworn in by June, 2020, Kike Owolabi will become the second successive woman to occupy the position of the Chairman of the NBA Ikere Branch, Ekiti, as she takes over from another woman, Oludayo Olorunfemi. I am happy to see the involvement of women in key positions in the NBA, and to also see that our colleagues at the Bar are recognizing the value and excellence that women can bring to leadership.

Her election as Chairman alongside other women like Ibironke Otedola, who emerged as secretary and Ifedapo Osadola, who emerged as branch treasurer, clearly shows that the members of the Ikere Branch fully recognise that the occupation of a leadership position by any gender can bring progress and development to the Branch, provided that capacity and merit are taken into consideration.

He concluded by saying “Their election further lends a voice of reason to the movement for the equal treatment of women in all aspects of our lives. Like I always say, we require a balance in the legal profession, and the women’s right to be treated as equal for all purposes is non-negotiable”.