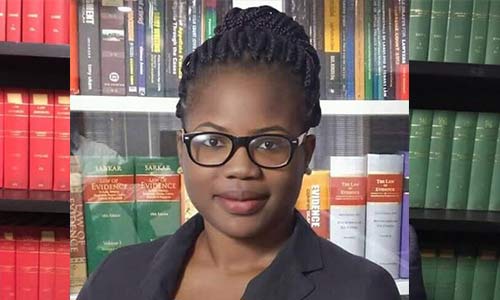 With the conclusion of the online polls for the office of the President of the Nigerian Bar Association conducted by Steve Sun, the major camps gearing for the proper election are now taking stock of their performance.

As a keen observer of the poll that lasted for three days, these are my takeaway based on the performance of the candidates.

1. OLUMIDE AKPATA
Mr. Akpata emerged top with a paltry seven votes difference after a very close race,however, his camp may celebrate this victory with a deep reflection that it was not a smooth sail as they had expected given the wide spread perception that he is favoured by younger lawyers who have benefited from his deep pocket via sponsorship to musical concerts and other events.
Surprisingly these young lawyers did not turn up in their thousands to vote in the polls as expected.
Apkata although still a formidable candidate, needs to balance his campaign strategy to appeal to a broader spectrum of voters in the run up to the main polls.

2. Dr. BABATUNDE AJIBADE, SAN
Initially considered as an outsider and standing no chance despite his colourful professional and academic achievements made a good showing at the poll with 197 votes which shows he is gaining more traction on the campaign trail.

Dr Ajibade, most likely will gain more ground as his candour and charms tend to appeal to different voters who see him as a breath of fresh air among the contestants.
However, his team must revamp their strategy which tend to be more academic and appeal to more younger voters while spreading his United Bar message.

3. DEACON DELE ADESINA, SAN
Deacon Adesina’s dismal performance at the polls was expected as he does not appeal to the young voters who see him as a typical bar man and an establishment candidate.
Endorsed by Egbe Amofin, the political wing of the Yoruba lawyers platform, Deacon struggled to garner 39 votes as his Egbe camp clearly do not have an online presence and his candidature will be a hard sell to the young folks who wants a radical change in the NBA.

All hope is not lost for him, his camp needs to engage a good PR team to increase his online presence and package him as a good product with experience and wide network in NBA politics.

Deacon Adesina’s camp must realise that the days of endorsement are over and having regional bar chairmen on your side cannot do the magic anymore. He must hit the streets and try to woo the younger folks.

4. ADESINA OGUNLANA
The proponent of #RadicalBar came last in the poll as expected as he lacks the reach, appeal and support base compared to other candidates.

Seen by many voters as not a serious contender but merely running to split the vote of other candidates. Surprisingly, some folks are already pushing this agenda against him as records from the FB polls showed him voting for a fellow candidate.

Mr. Ogunlana needs to improve on his media presence, prove his innocence in his criminal trial and show that he is in the race to win and not to split any candidate’s vote or provide a distraction from his criminal trial.

In conclusion, these are early days in the build up to the general election, however, the Steve Sun poll have shown the strength and weaknesses of the various candidates and I expect their strategy teams to get back to work and fashion out better plans to win over more voters.

The poll also showed a form of voters apathy as the total number of votes was less than 500. Young voters who are steadily on social media did not participate and this should be a source of concern to the candidates who needs to get the voters interested again in NBA activities.