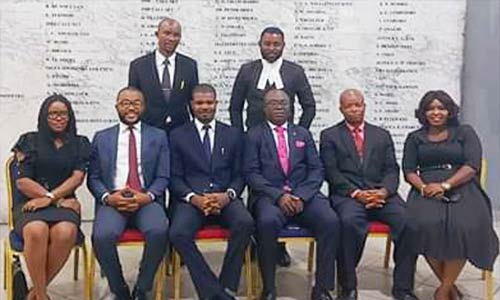 The new Executives were sworn in by Hon. Justice A. U. K-Chuku, a presiding Judge of the Port Harcourt Division of Rivers State High Court.

The newly inaugurated and sworn in Executive officers are:

The new Executives promised to serve the Branch, preserve, defend and uphold the rule of law and the general welfare of the Branch and NBA at large.

A likemind of colleagues popularly known as “Igrubeey crew” congratulates the new Executives and wish them a successful and result yielding tenure.