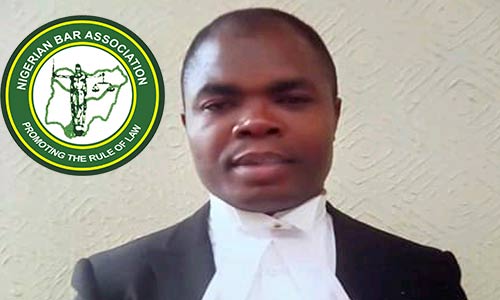 The Abuja residence of the Executive Governor of Enugu State was on the 2nd day of September, invaded by persons suspected to be officers of the Nigerian Police Force.

In a statement by the branch Chairman, F.S. Nweke, Esq. (JP) he stated that the attack on the governor was an assault on democracy.

“We are most perturbed that the dastard attack was orchestrated barely 24 hours after the Governor in his capacity as the Chairman of Southeast Governors Forum had announced the ban on herders moving around with AK 47 rifles in any part of the southeast zone.

“Equally disturbing is that neither the Federal Government nor any of its security agencies had issued any statement in respect of the illegal attack perpetrated on a broad daylight within the Country’s seat of power.

“It is our position that an attack against a Governor who is clothed with constitutional immunity is not only a bad omen, but an assault on the nation’s democracy and thereby portrays the country in a bad light. This action raises series of questions on the level of commitment of the Federal Government in the protection of the rights of her citizens.

The association is calling on the Federal Government of Nigeria to demonstrate in words and action, her readiness to secure the lives and properties of the citizens by exposing and prosecuting the perpetrators of this mindless invasion.

“The graveyard silence by authorities is not acceptable as this action should not be swept under the carpet. The bar and other law-abiding citizens of the Country are gradually run out of patient to see a tangential action on this unlawful conduct,” he said.