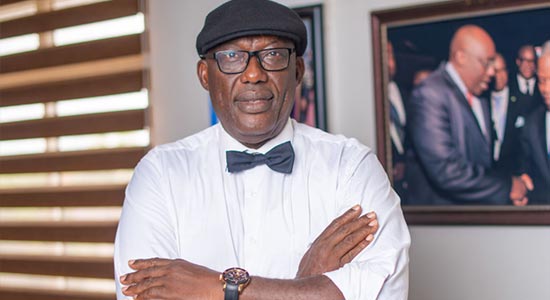 The legal team of the Chief J.K.Gadzama, SAN, has faulted the newly constituted National Election Appeal Committee of the NBA, for what it describes as non-compliance with the NBA Constitution.

Citing section 14 of the NBA Constitution, Gadzama noted that the appointment so far made by the NBA President, Olumide Akpata, was not done in compliance with the extant provision of the law.

Recall that TheNigeriaLawyer had previously reported that Akpata reconstituted the NBA-NEAC with the revered Chief Kanu Agabi, SAN, CON as Chairman, former NBA President, Olisa Agbakoba, SAN, IFR as Member, and Cecilia Madueke as Secretary.
The new Appeals Committee also has Mr. Rotimi Ogunyemi, Esq, as its Resident Expert on IT and Mr. Olumide Babalola as Counsel.

Team Gadzama, in the letter dated August 11, 2022, also noted that the legal team of the presidential aspirant would not take any step in filing a petition before the committee until an independent forensic audit has been carried out, given that the NBA-NEAC is a fact-finding committee, hence the failure to carry out an independent forensic audit will render any petition before the committee nearly impossible.

Further recall that the TheNigeriaLawyer had reported that Team Gadzama, in a correspondence dated July 26, 2022, and addressed to the NBA president, raised a request for an independent forensic audit of certain aspects Election to enable the team to present a substantial case before the NBA-NEAC.