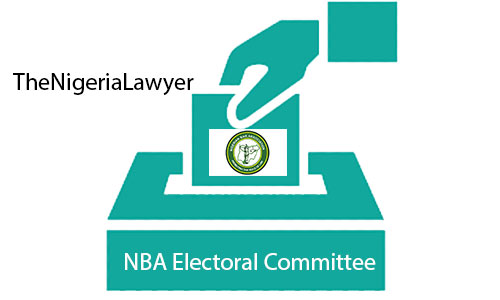 The Electoral Committee of the Nigerian Bar Association (ECNBA) has issued a statement on the ongoing NBA National Elections.

This is contained in a statement dated 30th day of July, 2020 signed by the Secretary which was made available to TheNigeriaLawyer.

According to the statement, it noted that over 13,000 Lawyers have voted. Furthermore, it stated that those who are currently unable to vote should follow the stipulated guidelines as contained in the notice.

Besides, it was stated that messages have been sent to up to 8,000 numbers with active DND advising them to deactivate same.

ECNBA STATEMENT NO. 020 – UPDATE ON ELECTIONS

The ECNBA can confirm that over 13,000 individuals have voted in the ongoing NBA National Officers elections so far.

The ECNBA however clarifies that, Notices observed on the live voting platform as undeliverable can be attributable to any of the following 5 reasons:

Voter has an inactive Phone Number
Voter has invalid Phone Number (does not exist or is too short or too long)
Voter has invalid Email Address (Wrongly spelt and does not exist OR their Domain has expired)
Spam Filter on Voter’s email blocking direct delivery of emails. Voter can check Spam folder.
DND is active on Voter’s phone and the message has been blocked by Telecommunication company.
To deactivate DND take the following action:

The ECNBA can confirm at the last check that at least 1,886 individuals of the Undeliverable Notices displayed on the live monitoring platform have since voted, because they got the message through one of the two channels used – Email or SMS. The committee also confirms that messages have been sent using local networks to up to 8,000 numbers with active DND advising them to deactivate same.

Voters yet to view the election link through their email or SMS, are advised to ensure that DND is deactivated on their phones and check Spam folder in their emails.

The ECNBA continues to monitor and troubleshoot and will provide updates as necessary and required.

The ECNBA election hotline 070055552020 is still available for support to voters.