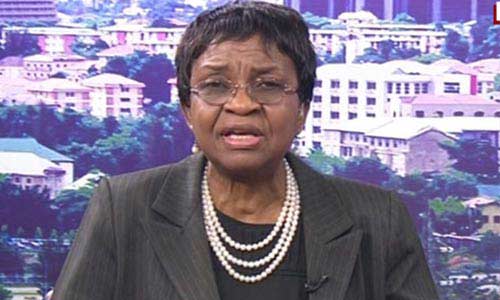 The National Agency for Food and Drug Administration and Control (NAFDAC) at the weekend said it had uncovered two warehouses at Trade Fair Complex, Lagos loaded with N3 billion worth of counterfeit drugs and children’s cereals picked from dump sites.

The Director-General, NAFDAC, Prof. Mojisola Adeyeye made this disclosure at a news conference held at the NAFDAC Administrative Office, Isolo on Friday, warning unsuspecting public to refrain from purchasing unpacked cereals.

According to her, there are 534 cartons plus 300 packets of Binomial; Artesunate Injection; 188 cartons of Hydra and Black Cobra (sildenafil citrate 200mg); and 198 cartons of Super Artesunate Injection among others were discovered and evacuated.
Adeyeye noted that although over 20 truckloads of offensive products were evacuated from the two locations, the importer is still at large.

She added: “The officers of investigation and enforcement directorate of NAFDAC and the Federal Task Force on Counterfeit and Fake Drugs and Unwholesome Processed Foods raided the two warehouses where multiple cartons of banned drugs were discovered and evacuated.

“The banned and falsified drugs in the warehouses owned by one Chuka (Akuamia), who is still at large, is estimated to be worth over N3 billion. The products were stored at temperatures above 40°C which ordinarily would denature some of the active ingredients and the excipients.”

The director-general, also, lamented that the agency discovered some counterfeit products are brought into the country through a system known as “Groupage”.

“This is a system where more than two persons load containers with different items from the country of origin. In order to deal with the incidence of Food Fraud”, Adeyeye hinted that the agency is carrying out raid operations with tremendous success already recorded.

“The sources of these various falsely packed cereals and dairy products cannot be verified and therefore NAFDAC cannot guarantee the safety of the products for consumption.

“During one of our operations, a suspect declared that the CocoPops, CornFlakes and Oats being displayed for sale in transparent nylons were sourced from LAWMA waste disposal trucks before repackaging into transparent nylons.”

She, therefore, cautioned the public “against patronising sellers of cereal or other products that have been removed from their primary packaging. NAFDAC is particularly painful because infants and children are the target and the ultimate victims of such wicked and evil activities.”

While divulging that the agency has begun raids of markets and supermarkets with the aim of mopping up unregistered NAFDAC products, the DG urged the public to report counterfeit products to their office or via phone call.