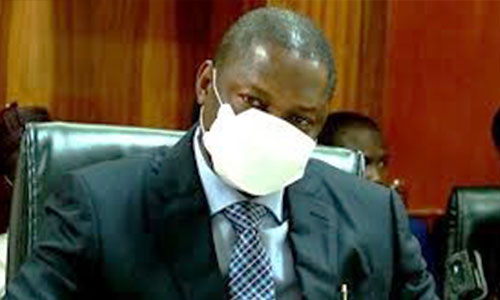 *Denies Involvement In The RPC Amendment And Claims That The Procedure Was Not Official.

The Attorney General of the Federation, Mr. Abubakar Malami, has disclosed that the amendment of the Rules of Professional Conduct for Lawyers (RPC) that proceeded from his office did not follow due process and the purported amendment is currently being investigated.

In an interview with Channels TV correspondent on Wednesday, Mr. Malami when asked about the status of the purported amendment of the RPC, which was  trailed by several disagreements and criticism from the manner in which his office went about the amendment, responded by saying:

When pressed further as to whether his statement implies that he was not aware of the amendment, the Attorney General said “certainly it was not a process that was officially in line with the tradition, conduct, and context of the process of doing things.”

Theigerialawyer recalls that in September 2020, Lawyers and policymakers woke up to a gazzetted amendment of the Rules of Professional Conduct for Legal Practitioners (RPC) 2007 dated 3rd of September 2020. The said amendments were purportedly made by the Attorney General of the Federation, Abubakar Malami SAN, and introduced far-reaching implications for law practice in Nigeria. Some of the amendments in the document included removal of the mandatory requirement NBA Stamp and Seal by Legal Practitioners in Nigeria and removal of provisions requiring lawyers acting for Government, ministries, or corporations to pay Annual Bar Practicing fees.