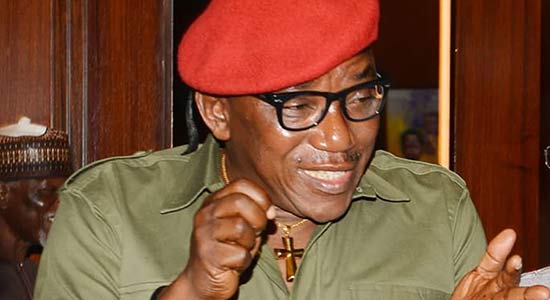 A former minister of Youth and Sports Development, Barr Solomon Dalung has said the lingering crisis in the Nigerian sports is as a result of the huge money in the sector.

According to him, he said the sports ministry is a lucrative ministry and sports can be the second sector after the oil sector if well harnessed during an interview with Arise Tv and monitored by our correspondent.

“Sports ministry is very lucrative with divergent interests. If we manage our sports very well, sports will be next to NNPC as there is a lot of money in sports. It is this money that is responsible for the crisis in sports. In any country that has so much natural resources, there is always conflict,” he said.

Dalung, who was sports minister between 2016 and May 2019 further asked his successor, Sunday Dare to come out clean and stop blaming him for the crisis in the Nigeria Basketball Federation (NBBF).

“And the federation presented a memo of about N1.5 billion covering their preparation and participation in the 2018 World Cup. The girls went to the competition and made the country proud. So when we came back, I approached the president and he approved N1 billion, covering the cost. I kept pursuing it, and the funds were not released until when I left office.

“The funds were released in August 2019. N1 billion approved by the president came out in August 2019. And I wasn’t the minister then. So passing the buck of the blame to me is not the best way. The best way is for the ministry to come out clean and apologise,” he said.