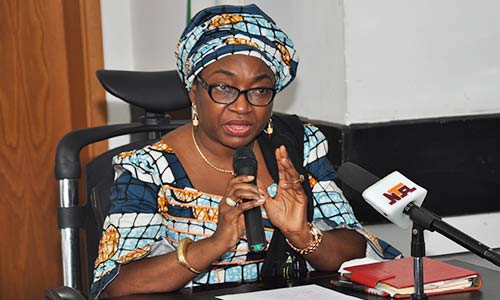 The negotiation committee set up by the Federal Government to negotiate the consequential adjustment arising from the N30,000 new minimum wage has rejected what the government is offering.

The committee, which was inaugurated on May 14, has also failed to meet the four-week deadline to submit its report.

However, members met twice last week with the enlarged membership collapsed into one technical committee of six members each from both sides.

The Head of the Civil Service of the Federation, Winifred Oyo-Ita, who was appointed as chairman of the panel, stepped down for the chairman of the National Wages, Salaries and Income Commission to head the technical committee.

A principal officer of a labour union, who spoke to our correspondent on condition of anonymity, said government’s position on the consequential adjustment had been rejected by labour representatives in the committee.

He said labour decided to be careful in reaching an agreement based on what happened when minimum wage was last increased and also to avoid being blackmailed by the FG.

He said, “We are monitoring the negotiations between our representatives and government. There is likely to be some challenges which is normal. The government negotiating team is looking at what the government can pay conveniently, but labour is also looking at what will be good for workers to avoid a situation where workers found themselves when the minimum wage was last increased.

“What happened then was that government came up with a block figure and out of poor negotiations because of insufficient time, a paltry sum was spread on workers’ salaries, translating into about N900 increase monthly.”

The source said the Nigeria Labour Congress was not involved in the ongoing negotiations.