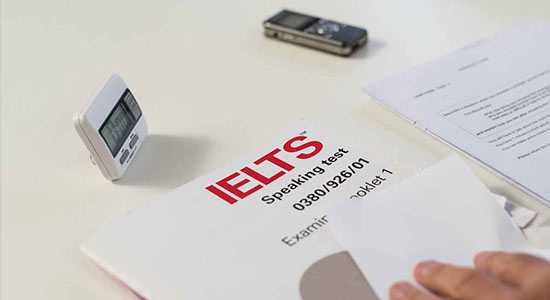 Students and skilled workers who plan to migrate to Australia, Canada, New Zealand, the United States, and the United Kingdom from Nigeria and any part of the world will have the option to take their International English Language Testing System “from their own home or another suitable location” beginning early 2022.

IELTS, one of the world’s known English language tests for work, study and migration, made this known in a statement on Tuesday titled, IELTS announces at-home testing option’.

The examination body said that IELTS tests would no longer be restricted to physical tests as it is at the moment once it unveils ‘IELTS Online’ from 2022.

“The test will have the same content and format as the existing pen-and-paper and computer-delivered IELTS tests. This includes a real-time face-to-face speaking test, delivered online by trained IELTS examiners,” the statement partly read.

According to the body, IELTS Online will cover all four skills of IELTS Academic – Listening, Reading, Writing and Speaking. It will also have the same rigorous assessment by trained examiners, and a speaking test with a human examiner giving a true indication of the test taker’s ability to communicate effectively in English.

The statement also quoted Christine Nuttall, Managing Director IELTS at Cambridge Assessment English, as saying, “IELTS Online is the next step in enhancing the test taker experience around the world. It will give test takers greater flexibility in taking the IELTS test. It will also mean faster results for test takers, as validated results will be available as soon as three days after the test. By making the world’s leading test available online, we aim to empower even more people to take IELTS and follow their ambitions.”

“In developing IELTS Online, we are bringing all the existing benefits of IELTS for test-takers and recognising organisations,” Nuttall said, adding; “IELTS Online will provide flexibility and confidence, using cutting edge AI and state-of-the-art security features to complement the expertise of IELTS examiners.”

IELTS is “trusted by over 11,000 organisations as a reliable indicator of true to life ability to communicate in English. The language test is also recognised for migration across Australia, Canada, New Zealand and the United Kingdom.”

Thousands of young, ambitious Nigerian migrants annually take IELTS tests physically in different locations all over Nigeria, as part of the requirements to secure admissions into universities overseas or work abroad. The test cost over N60,000 per time and expires after 24 months.

According to the United Nations Educational, Scientific and Cultural Organisation, there are over 71,000 Nigerians currently studying abroad, with the United States, the United Kingdom, and Canada as top destinations for the teeming young Nigerians.

The UK, US Canada, Australia, and European countries have been attractive of late to Nigerians under 30 or in their early 30s looking for boundless vistas of opportunities abroad.