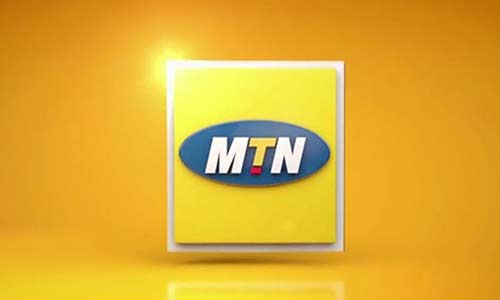 A legal practitioner based in Lagos, Dr. Charles Mekwunye has dragged the Security and Exchange Commission, SEC, before a Federal High Court sitting in Abuja seeking to stop the planned listing of MTN shares on the floor of Nigeria Stock Exchange.

In the suit marked as FHC/ABJ/CS/2019, Dr Mekwunye is asking the court for a perpetual injunction restraining SEC from going ahead with the listing of MTN shares pending the determination of a suit before the Supreme Court bothering on alleged breach of contract in the divestment of MTN assets.

Joined in the suit as co-defendants are MTN and Nigeria Stock Exchange, NSE.

In the originating summons filed before the Federal High Court, Dr Mekwunye is asking the court to determine whether SEC can approve the listing of MTN shares in the Nigeria Stock Exchange in view of the pending suit before the Supreme Court.

In a Motion on Notice of Interlocutory Injunction, Dr Mekwunye is praying the court for an order of interlocutor injunction restraining the defendants or their agents from advertising, publishing or listing MTN shares on the Nigeria stock exchange pending the hearing and determination of the substantive suit.

The plaintiff is also asking the court to direct the defendants to maintain status quo ante regarding the listing of MTN shares and a further order nullifying all approvals given to MTN by SEC and NSE towards facilitating the listing of its shares.

Mekwunye is also praying the court for an order of mandatory/ restorative injunction setting aside and or nullifying all actions taken including notices, resolutions and authorizations etc by MTN with a view to facilitating the listing of its shares.

Mekwunye claimed at the lower court that MTN through its appointed nominee, Stanbic IBTC Asset Management and LOTUS Capital defaulted in a share investment agreement with him.He urged the court then, to restrain MTN from listing its shares on the stock market pending the determination of the suit.

But ruling on a preliminary objection raised by MTN on the competence of the suit, the trial Judge, Justice Mojisola Olateru, asked parties in the suit to explore the arbitration clause embedded in the contract.

Dissatisfied with the ruling of the lower court, Mekwunye filed a motion on notice on February 26, 2018 at the Court of Appeal arguing that an arbitration clause in agreement between him and MTN cannot be used to determine the suit involving IHS Holdings Ltd and INT Towers Ltd who are not parties to the arbitration clause.The Court of Appeal in its ruling also asked parties in the suit to pursue arbitration earlier pointed out by the lower court.

Still not satisfied with the ruling of the Court of Appeal, Mekwunye took the matter to the Supreme Court, insisting that the crux of the matter is the failure of the respondents to list MTN shares in NSE in 2011 as agreed by parties and that until the suit is properly determined, MTN ought not to be allowed to list its shares at the stock market. The Supreme Court is yet to give final verdict on the matter.