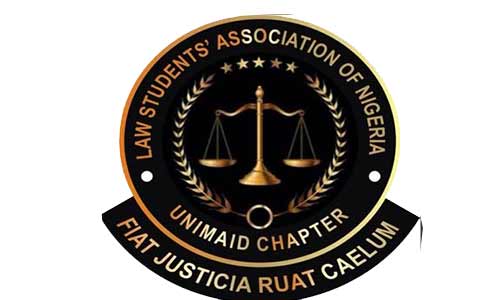 The 2019 convention of the National Law Students Association of Nigeria shall be coming up on the 8th to 12th of July, 2019 at Ahmadu Bello University, (ABU), Zaria, Kaduna State. This information is contained in a special notice dated 2nd of June, 2019, signed by Atiku M. Jafar, the National President and made available to TheNigeriaLawyer (TNL).

The president recalled that the convention was earlier slated for 21st to 25th April, 2019 but was postponed due to unforeseen circumstances after which consultations were held between the national Executive Council and its trustees, stakeholders among others all in an effort to reschedule the event.

“Arising therefrom, I am pleased to convene the 3rd LAWSAN national convention to hold on the date and time stated hereunder:

He added that previous registration guidelines apply, and invitation would be sent to all chapters’ Dean respectively.

Meanwhile, the Directorate of Research and Training of LAWSAN has released a tentative moot fixtures for the moot competition that shall be held, as part of the programmes for the Convention. The notice of the fixtures which was signed by Balogun Sofiyullahi is as follows: