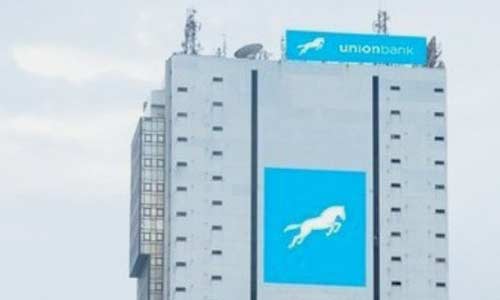 Alhaji Idris Isa, a businessman and the owner of the property known as Gidan Isa Plaza located at Plot 2104 Moshood Abiola way Area 10 Garki, FCT-Abuja formerly known as Area 10 Branch Union Bank Gidan Isa Plaza, has dragged Union Bank of Nigeria to court for alleged inability to pay the sum of N80,000,000.00 which is an accumulation of 20 years rent.

Following this, a Writ of Summons was filed yesterday, through his team of lawyers led by, F. I. Nwodo of Ifesi Nwodo & Co., at the High Court sitting in Abuja.

In the SUIT NO: CV/3325/2021, made available to THENIGERILAWYER, the claimant is praying the court to declare the action of the Union Bank of Nigeria unlawful, illegal and breach of contract (Tenancy agreement), and to mandate the bank to pay to him the sum of N80,000,000.00, being the rental value of the ground floor of Gidan Isa Plaza, which they were in possession and used for a banking hall for a period of 20 years and some months from 15th June 2001 to 30th April, 2021.

He is also praying the court to mandate the Union Bank to pay him the sum of N50,000,000.00 as general and exemplary damages for breach of tenancy agreement, as well as the sum of N7,300,000.00 which he spent in making the apartment tenable/habitable when the Defendant left.

Alhaji Idris Isa’s lawyer F. I. Nwodo, Esq, had on 9th August, 2021 written to Union Bank of Nigeria PLC with the title: “An Urgent Demand to pay Alhaji Idris Isa the sum of N80,000,000.00 being the total sum your bank is indebted to him as arrears of rent from his property located at plot 2104 Moshood Abiola way Area 10, FCT – Abuja formerly known as Area 10 Branch Union Bank Gida Nisa Plaza from 15th June 2001 to 30th April 2021“, but up till the time of filing this suit no reply of the said letter from Union Bank PLC.

Alhaji Isa averred that he entered into a tenancy agreement with the Union Bank to lease the ground floor of his property as a banking hall in 16th June 1997. The bank paid N5,000,000.00 for a period of 4 years.

He also averred that despite his refusal to renew because he wanted to make use of the property for personal purpose the Union Bank of Nigeria PLC, continued to hold onto the property from 15th June 2001 to April 30th, 2021.

He further noted that the hand over note by the bank was done after he got judgment against Union Bank in a District Court of FCT – Abuja to vacant possession in a suit no: CV/184/2018 and that the bank was in possession of his property for 20 good years without payment of any rent to him or any of his agent and against his wish to continue their tenancy relationship.

No date has been slated for the hearing.