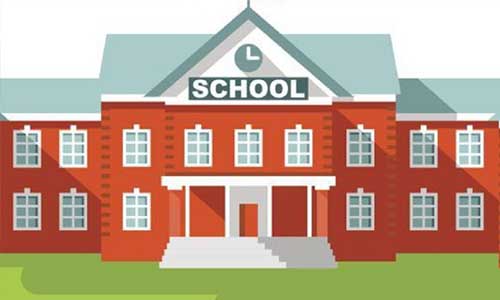 The Lagos State Government yesterday vowed to seal schools that failed to comply with the stipulated academic calendar in the state.

The government added that the names of schools that failed to comply with the directive of the state’s Ministry of Education that private and public schools should resume on January 4 was being compiled, saying disciplinary actions would be taken” forthwith.

The statement was titled: ‘LASG Frowns at Non-Compliance With Academic Calendar By Some Schools’.

Seriki-Ayeni reiterated that part of the mandate of her office was to develop a harmonised school calendar in conjunction with stakeholders in the education sector and ensure compliance, stressing that the monitoring exercise embarked upon by the officials of the agency was to appraise the level of compliance with the resumption date, students’ presence and COVID-19 safety protocols.

She explained that some schools disobeyed the directive, adding that the 2021/2022 harmonised school calendar was developed in conjunction with stakeholders in June 2021 to ensure uniformity in the education system.

She said the agreement was communicated to all schools and associations to ensure equal educational standards and learning systems.

“During our recent exercise to monitor the level of compliance with Tuesday 4th January, 2022 resumption date, we observed that the level of compliance was low. We are going to seal the schools that have not adhered to the academic calendar with ‘Notice of Non-Compliance’ stickers and issue letters of invitation to the Administrators to visit our office in Alausa where further disciplinary actions will be taken,” Seriki-Ayeni was quoted as saying.

She emphasised the need for all schools, public and private, to comply with the academic calendar in order to ensure that an equal system of learning in all schools in Lagos State is achieved.

She charged school owners to communicate effectively with parents to prepare their wards early for resumption, stressing that it takes an entire term to prepare for an upcoming term.

The government had in a statement insisted that public and private schools in the state will resume on January 4, 2023 to begin the second term of the 2021/2022 academic session.

The statement had urged administrators to step up safety in schools,’ the commissioner directed school administrators to ensure that exposure of students to danger within the school premises are neutralised, while ensuring that all potential danger outside the walls of the schools is escalated to appropriate safety and enforcement agencies through stipulated channels.

It had said: “It is necessary to devise appropriate strategies to advance teachers/students interaction to gain insight and expose negative tendencies before they metamorphose into unfortunate situations.

“Adequate monitoring, especially as it affects boarding school students, should be instituted to prevent the incidence of bullying and all other vices on school premises.”

It reiterated the warning of Governor Babajide Sanwo-Olu that bullying, cultism and other vices would not be tolerated in Lagos schools, just as she enjoined school administrators to increase counselling of students against such vices.

The case, which is now in court, attracted national outrage, with many observers calling on the state government to revive, adequately fund, and strengthen its education ministry’s inspectorate divisions for effective monitoring of schools and schoolchildren, and jolt school proprietors and parents from their reverie.