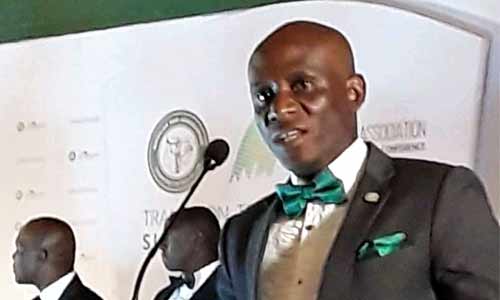 Kunle Edun truly deserves to be given the opportunity to render welfare services to all members of the Nigerian Bar Association (NBA).

What pedigree of Welfare Secretary does members of the NBA need at these trying times of highhandedness and impunity on the part of government together with the growing trend of lawyers’ brutality by state security agents? It must be somebody with evidence to demonstrate courage and selfless commitment to the plight to other lawyers who had been at one time or the other, victims in the cause of carrying out their professional duties as lawyers.

The list of cases involving colleagues where Kunle Edun has intervened are endless. This brings me to the involvement of Kunle Edun in my case where officers of the Department of State Services detained me for about four days in the cell in harsh conditions. They had alleged that I committed an offense by calling on Nigerians to condemn Government’s silence over the killings in the country as at 2018. In truth, I did not know Kunle Edun from Adams.

He suddenly took interest in my case after the SSS had preffered charges against me at the Magistrates Court,Asaba. Kunle Edun is proactive. He would prepare briefs faster than I could imagine. I remembered the day the Presiding Chief Magistrate admitted some computer generated documents inspite of Kunle Edun’s objection on the ground of admissibility. On getting out of the court, Kunle Edun showed me copies of his Notice of Appeal against the ruling and a formal application for record of proceedings. The Appeal was concludee in less than 5 months and allowed by the High Court, Asaba presided over by Hon. Justice F.N. Azinge.

Back to the Magistrate Court, the DSS abandoned the case because its main evidence had been thrown out and the case was struck out.

Not done, Kunle Edun also filed a fundamental right enforcement action and judgment was entered in my favour by the Federal High Court sitting at Asaba.

In brief, Kunle Edun is a man of quick action. When he takes up a matter, he fights it to the finish line. He supported me all through the way at the Chief Magistrate court, High Court, and the Federal High Court, Asaba. He was personally present in court in all these cases and we won all the cases against the SSS.

I perceive that the zeal for service for the welfare of other lawyers is deep in Kunle Edun and many Nigerian lawyers will sooner or later feel his impact if we consider him most worthy for the position of the NBA National Welfare Secretary. It is a well known fact that his performance and records as the Vice Chairman of the NBA, Warri, and as the National Publicity Secretary of the national body have been fantastic and very commendable. I am strongly convinced that Nigerian lawyers will be more than happy to have Kunle Edun as the NBA National Welfare Secretary.