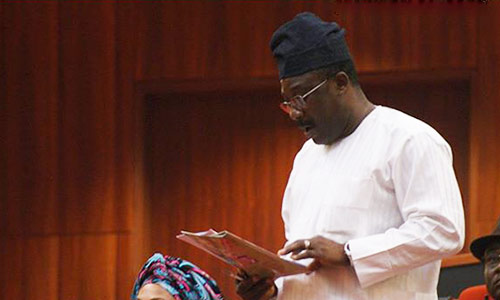 Senator Smart Adeyemi and the All Progressive Congress, APC on Tuesday closed their cases before the National Assembly Election Petitioner’s sitting in Abuja over the last year November 16/30 Kogi West Rerun senatorial election.

Senator Smart Adeyemi won the poll with a margin of over 25,000; the highest in the history of the Senatorial axis, however, the runner up in the poll, Dino Melaye petitioned the tribunal; alluding that he was the winner.

Counsels to Adeyemi, and the APC, Dr Otitoju Oladapo and Barr. M Abdullahi respectively closed their cases without calling a witness, saying the Petitioner’s position was enough to supports their prayers to uphold the election.

Dr. Otitoju said, “At the pre hearing, we all acknowledged to call all our witnesses however, during the hearing and adjournment for today, I have review the evidences giving by the Petitioner’s witnesses before the court, I have been able to find evidence that most of them lied on oath and admitted so before the court, and agreed they lied before the Court.

“In view of that, they (petitioner witnesses) have contradicted themselves with their evidences before the Court based on the aforementioned evidences elicited from all the 70 witnesses.

“On this note my Lord, we are closing our case because they have confessed before your lordships that they lied.”

Counsel to 3rd respondent, (APC) Barr. Abdulahi M also said he’s not calling any witness because many of the Petitioners witnesses during cross examination lies, “They admitted before your lordships and their claims contradicted their written statement which they adopted before your lordships. I hereby apply to close our Case.”

Counsel to INEC, Barr. Chris Alashy did not object the 2nd and 3rd respondents closing their cases, said it will give room for both parties to have enough time for their final written addresses.”

However, the tribunal turned to a hot argument immediately counsel to the petitioner, (Dino Melaye), Prof. Egbewole pleaded to the Court to allow the Petitioner come first with their written address.

This was objected to by all the Respondents counsels.

Counsel to 1st respondent, (INEC), Barr. Alashey while objecting to the Petitioner’s plead said, “It’s true that the 1st respondents (INEC) didn’t call any witness because the petitioners witnesses supports the first respondents pleading, in view of that, the evidence garnered from theirs is enough to support my plead and we are to file our written addresses first before the Petitioners.”

Dr. Oladapo in his own objection relied on paragraph 46 (7) of the First Schedule of Electoral act to support his claims, “Having core evidence in that magnitude, the first respondents is entitled to file his final written address before the Petitioner.

“Witnesses and calling of evidence are two different things. In the case of Hafzad International Ltd and others vs Eco Bank PLC 2018. Evidence is what is necessary in Court which supports my argument above.”

After much deliberations from all counsels, Chairman of the Tribunal Justice Sambo adjourned to May 6, 2020, to rule on who is to first filed its final written addresses.