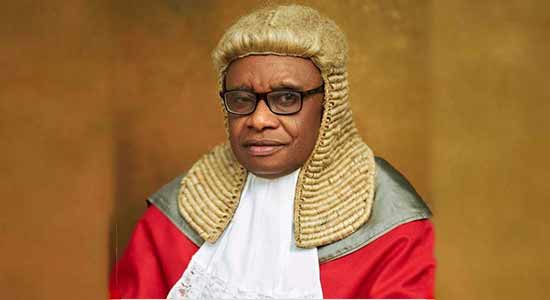 Kogi State Acting Chief Judge, Hon. Justice Josiah Majebi has directed that all Magistrates who have been presiding as Presidents of Upper Area Courts in Kogi State should henceforth, stop sitting in those Courts.

A copy of the notice made available to newsmen and signed by the Chief Registrar, Ibrahim Jubril Oladimeje, reads:

“In line with the Judicial Service Commission’s Resolution dated 24th February 2022 ‘that postings of Magistrates and Area Court Judges should remain only within the Magistracy cadre and Area Judges Cadre. There should be no posting across the employment Cadre”, the Hon. Ag. Chief Judge has directed that Magistrates sitting as Presidents of Upper Area Courts should henceforth cease from presiding over those Courts while awaiting their postings.”

Reacting to the development, S. O. Akobe, Esq, described the action of the Ag. CJ as commendable. He stated that his gladness is that the demand he made in the letter he wrote to the Ag Chief Judge of the State has been met in its entirety. 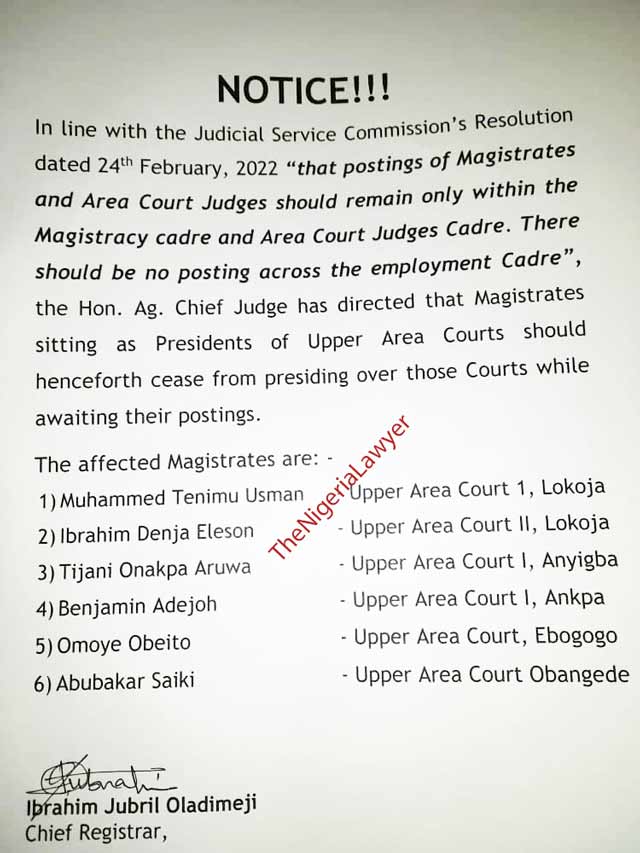 “I received the news of His Lordship’s directive with a sense of fulfilment. After my letter to the Chief Judge on the issue, I received several verbal attacks from many quarters. While some said I was being sponsored by Area Court Judges, others said I was looking for popularity. My question was simple: When I challenged the Late Chief Judge of Kogi State, Hon. Justice Nasiru Ajanah for setting up a Panel to investigate Honourable Simon Achuba (the then Deputy Governor of Kogi State) during his impeachment saga, who was my sponsor then?

“Funny enough, the Late Chief Judge replied me and used all manners of uncharitable remarks.

“So, you see; we have been vanguards of rule of law and due process for long now. It was very laughable hearing people say that I was sponsored to write to His Lordship. All that is past now. I thank his Lordship for seeing the right thing and doing it accordingly. Even though my Lord, the Honourable Chief Judge is yet to formally respond to my letter, by his recent directive stopping Magistrates from presiding in Upper Area Courts which is in line with my demand, a formal reply may be unnecessary. The directive was said to have been given pursuant to the Judicial Service Commission’s Resolution dated 24th February 2022. I will reserve my comment on this save to say that what matters to me in the agitation that gave rise to this development is not whether I should take the credit or not; my joy is that my demand for due process has been met. Litigation has been avoided; case closed!,” the Lawyer said.