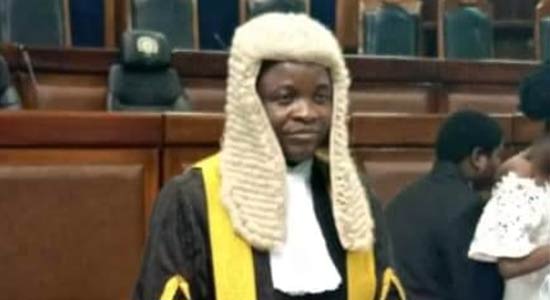 The Kano State Government on Wednesday sealed a one-storey building that accommodated many offices, including the chamber of Nureini Jimoh, a lawyer who won a case against the All Progressives Congress over the conduct of its ward congresses., According to Punch reports.

Jimoh also led the suit where an Abuja-based Federal High court ordered the Kano State Government to apologise and pay N10m to the deposed Emir of Kano, Lamido Sanusi, for violating his fundamental human rights.

On Wednesday, some officials of the Kano State Internal Revenue Service sealed the building over alleged non-payment of ground rate to the tune of over N3bn.

The incident happened less than 24 hours after a Federal High Court in Abuja ruled in favour of a suit filed by Jimoh.

Jimoh, who represented the Senator Ibrahim Shekarau-led faction, on had Tuesday secured a victory against the Governor Abdullahi Ganduje-led faction of the ruling APC.

The lawyer confirmed the sealing of the building to our correspondent, adding that his staff members and other persons were locked inside the structure.

“As I speak to you, I am inside the building with many people locked in,” he said.

However, when our reporter visited the sealed building, the seal on the entrance to the main building has been removed.

A source also said Jimoh might have scaled the fence of the office and would soon leave the state for fear of further attack.

When contacted, the state Police Public Relation Officer, DSP Haruna Kiyawa, said no police were among those that came to seal the office.