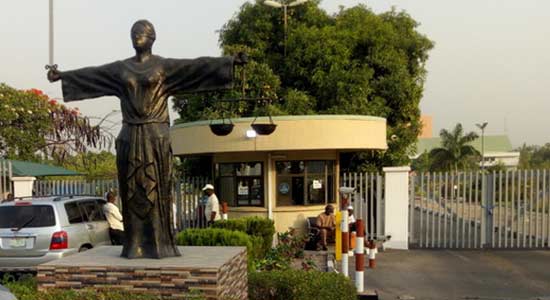 *Affected courts so far are the Supreme Court of Nigeria, Federal High Court

The Judiciary Staff Union of Nigeria (JUSUN) has shut down courts across the country in line with the strike it embarked upon on Tuesday April 6, 2021.

Recall that the union had at its last National Executive meeting on March 13, 2021 in Abuja, issued a 21-day ultimatum to the government to implement the financial autonomy of the judiciary with a threat that “failure of which JUSUN will have no other option but to resume the suspended national strike action.”

Recall also that the Nigerian Bar Association (NBA) had appealed to the Judiciary workers to shelve the industrial action, which it said was ill-timed considering the COVID-19 constraints the Nigerian courts had been battling with in the last year

However that the Union defied the appeal and shut down Supreme Court on Tuesday, April 6, 2021, leaving workers who intended to resume duties after the Easter holiday stranded.

The staff of the National Judicial Council (NJC) and the Federal Judicial Service Commission (FJSC) – which share the same premises with the Supreme Court were also affected. 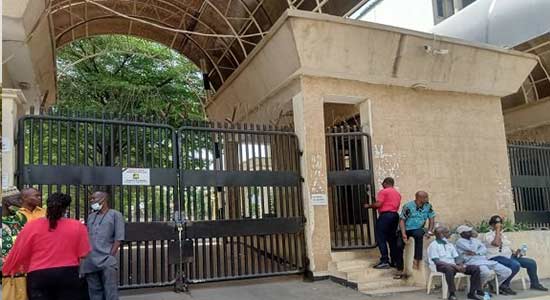 Courts in Ondo State were reported to have also been shut down over the strike action. Many judiciary staff that reported for duty at various courts on Tuesday were reportedly chased out and the premises placed under lock and key.

Ondo Chairman of JUSUN, Comrade Afolabi Olusola, who led the monitoring team, said the compliance in the state was impressive. 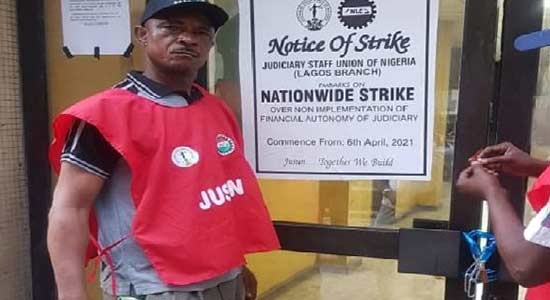 Courts in Lagos State were also shut against judges, magistrates and litigants. It was gathered that as early as 7.00 am, the protesting workers locked the gates of all the court houses in the five judicial divisions in Lagos State.

Activities were also reportedly paralysed at law courts in Ilorin, the Kwara State capital on Tuesday, as the state’s JUSUN joined its counterparts across the country for an indefinite strike.

Meanwhile, members of the Rivers State branch of the Union have said that government should not single them out for punishment for complying with the directive of their national leadership to shut down court activities.

JUSUN Rivers Chairman Nwachukwu Anthony stressed that the withdrawal of their services was a national issue and not peculiar to any particular state government. 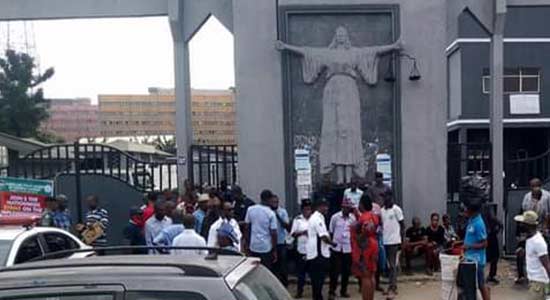 Anthony told reporters in Port Harcourt that judiciary staff are regarded as essential workers, stressing that even during the COVID-19 pandemic, when workers in several government ministries and departments operated from home, JUSUN members still went to work.

‘Let me tell you, if there are people who are so considerate among several Rivers State workers, they are judiciary workers,’ Anthony emphasised.

‘See, we just experienced the coronavirus pandemic. As it stands now, many workers in Rivers State ministries and departments are working from their houses.

‘Now, are you aware that judiciary workers have never stayed a day at home? They (government) say we are essential workers. And we have been working. We come to work very early in the morning and close late.

The industrial action by the JUSUN has crippled court proceedings in Kano state, leaving lawyers and their clients bewildered. 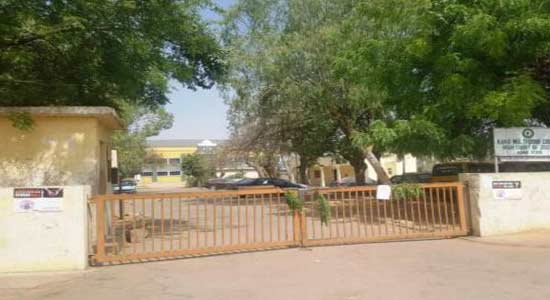 When our reporter visited the court premises in the Audu Bako Secretariat on Tuesday, it was found under locks with JUSUN members enforcing compliance with the strike action they said started at 12 midnight.

Speaking to our correspondent at the court premises, the Secretary to the state chapter of JUSUN, Comrade Sulaiman Aliyu, said they have been instructed by their national body to comply and lock all the courts in the state.

He said the strike is to demand their autonomy which was confirmed by the court in 2013 but the governors are yet to comply with the order.

“The strike is necessary because for many years now they haven’t complied with this order. Even recently, President Muhammadu Buhari has signed it into an order via executive order 10 to start giving us our money but they refused,” he said.

It was gathered that most Nigerians were not aware of the strike until when they visited the courts for various purposes including court proceedings and affidavit and found it locked.

Alhaji Ibrahim Muhammad was in the court for the hearing of a case affecting his daughter and he said it came to him as a surprise that the court is on strike.

He said for almost one month now he has been waiting for the hearing of his case and the strike came as a major interruption.

“I wasn’t aware of the strike and rushed to the court because our case was rescheduled to today for hearing.

“When I came in I met my lawyer and he told me JUSUN has commenced strike,” he said.

He urged the union and the government to settle their differences as the court remain the single place to get some form of justice.

Meanwhile, business activities around the court have also suffered a huge blow due to the strike, as people were asked to leave the premises by the JUSUN members.

Also in Plateau State, judiciary workers shut down courtrooms and other judicial offices in compliance with the directives of the leadership of the JUSUN.

Members of the union, who came out in their numbers, barricaded the entrance of the various courts in the state capital, saying financial autonomy for the judiciary must be implemented.

Philip Mandel Longji, JUSUN’s state chairman, while addressing members of the union at the entrance of the State High Court, said the decision to embark on the strike followed the refusal to implement the judicial financial autonomy signed by President Buhari.

He said: “Today, we embarked on the nationwide indefinite strike.

“The strike is in respect of the financial autonomy of the judiciary.

“We have gone round to various courts within the city to ensure that there is total compliance.

“We have desk officers who are monitoring compliance outside the city,” he added.

The chairman lamented that the Judiciary had never been treated as an arm of government.