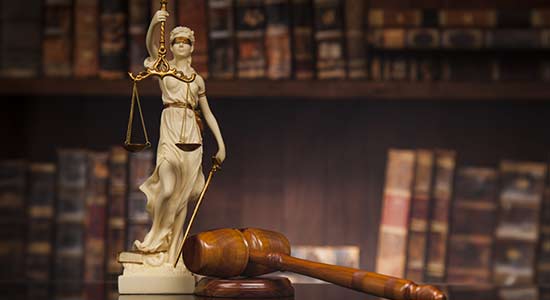 In the Supreme Court of Nigeria

(For himself and as representing

The Appellant and two others, representing the Ubani-Ukoma family of Umuahia Village of Obingwa Local Government Area of Abia State (then Imo State), commenced the action leading to this appeal against the 1st Respondent at the High Court, seeking declaration of title/ownership of a parcel of land known as Bvoro Egbelu. They also claimed damages for trespass, and injunction in respect of the said land. The 2nd Respondent was subsequently joined in the suit.

At the trial, parties led evidence in support of their case, and called witnesses who testified on their behalf. Afterwards, the trial court dismissed the action for lack of substance and merit.

The Appellants, who were dissatisfied with the decision of the trial court, appealed to the Court of Appeal. The appellate court also found no merit in the appeal, and dismissed same. The Appellants further appealed to the Supreme Court vide their Notice and Grounds of Appeal, containing ten grounds.

The Appellants formulated eleven issues from ten Grounds of Appeal filed, and argued twelve issues in their unsigned Brief of Argument. Though the court found the said Brief to be in breach of established principles on diligent practice and procedure for formulation of issues, as the issues were proliferated, nonetheless, the Apex Court decided to consider the appeal on the merit in the interest of justice.

The following issues were considered by the court in its determination of the appeal:

On issue one, the Appellants submitted that though the three learned Justices of the Court of Appeal heard the appeal in court, only two Justices were present when the judgement was delivered on 23rd April, 2009. Counsel relied on the provisions of Section 285(2) of the Constitution of the Federal Republic of Nigeria, 1999 (which is in pari materia with Section 294(2) of the 1999 Constitution). He also cited the authority of A-G IMO STATE v A-G RIVERS STATE (1983) 14 NSCC 270, in support of his position that the judgement was a nullity. Responding to the submission above, Counsel for the 1st Respondent cited Section 294(4) of the 1999 Constitution and Section 10 of the Court of Appeal Act, as well as the decision of SHITTA-BEY v A-G FEDERATION (1998) 7 SC (Pt. II) 121, in support of his position that the judgement of the lower court was validly delivered. He argued that even if the opinions of the other two Justices were not pronounced when the judgement was read, having signed their concurrence in writing, the judgement was valid and unimpeachable. Counsel for the 2nd Respondent referred to the proceedings of the court,  showing that the opinions of the three Honourable Justices who heard the appeal were read by Honourable S. Galadima, JCA (as he then was). Counsel submitted that in the absence of an effective challenge and impeachment of the record of proceedings, they remain extant and binding on the Appellants – ADEGBUYI v APC (2014) LPELR-24214(SC). He submitted that there is a presumption of regularity in favour of the decision; more so, the Appellants failed to show that a miscarriage of justice was occasioned by the alleged failure to comply with the provisions of Section 294 of the 1999 Constitution.

Arguing issue two, Counsel for the Appellants posited that the land in question was not properly acquired in accordance with the provisions of Section 5 and 8 of the Public Land Acquisition Laws of Eastern State of Nigeria, and so, it was void, thereby, leaving the existing customary rights valid and extant. He argued that proper notice of acquisition was not served on the Appellant, and no compensation was paid as provided for under the law. Counsel submitted further that the Certificate of Occupancy (C of O) subsequently granted to the 1st Respondent by the Government was void, in view of subsistence of the Appellants’ rights over the land, which right was first in time and takes priority over that of the 1st Respondent. In addition, he submitted that the burden of proving revocation of the land was on the 2nd Respondent, even if the allegation was not disputed. On interpretation of Section 8 of the Public Land Acquisition Law, he submitted that by the combined reading of Sections 6, 33 and 236 of the Constitution and the authority of ABIOYE v YAKUBU (1991) 1 NWLR (Pt. 192), the said provision must be strictly construed, since it seeks to abridge the Appellants’ constitutional right to own land. The response of Counsel for the 1st Respondent on this issue was to the effect that the revocation of the Appellant’s right over the land was in line with the provisions of Sections 5(1) and 8 of the Public Lands Acquisition Law; therefore, the C of O granted to the 1st Respondent was valid. Counsel stated that the Government of the then Eastern region entered into an agreement with the landowners for industrial development, but owing to petitions from persons who claimed to be the real owners, the Government compulsorily acquired the land in 1977 by issuing and serving a notice of revocation which was published in the state official Gazette No. 15 of 1st September, 1988, and payment of compensation. The Appellants complained about being excluded in the compensation paid, and applied for concessional allocation of land in place of monetary compensation which was granted, and plots 1/118 and 1/110 were allocated to the Appellants via a C of O dated 29th May, 1995. Counsel argued that service of notice of revocation is cosmetic as long as the notice has been issued, as there is no obligation/duty on the acquiring authority to serve the notice on the land owners. On his part, Counsel for the 2nd Respondent argued that the Appellants did not raise the issue of validity of the acquisition at the trial court in their pleadings, and cannot raise same now before the Supreme Court. More so, the decision of the trial court, affirmed by the Court of Appeal, is that there was a valid acquisition, notice of which was served and compensation paid to the Appellants.

Resolving the first issue, the court noted that the complaint of the Appellant on this issue arose from a gross misapprehension and misconception of the provisions of Section 294 of the Constitution, on the requirement for delivery of valid decision of an appellate court. Highlighting the relevant sub-sections of the provision, especially sub-section (4) which provides that for the purpose of delivering its decision, the Supreme Court or the Court of Appeal shall be deemed to be duly constituted, if at least one member of the court sits for that purpose. Given the foregoing, the court held that it is not necessary, it is not a requirement, and it is not condition precedent that all the Justices who heard the appeal, cause or matter, to be present in the court when the judgement is being delivered. In line with the provision, a judgement/decision of the Court of Appeal or the Supreme Court can validly be delivered, pronounced or read by a single Justice, in the absence of Justices who were present at the hearing of the appeal, where the individual opinions of the Justices were expressed in writing. The court relied on the decision of NABHAM v NAHAB (1967) NMLR 130, to state that a proviso provided under or after provisions of a section in a statute is usually intended by the legislature to qualify, limit, exempt and/or restrict the general application of the provisions of the section, in such a way that it does not substantially derogate from or neutralise the provisions.

On issue two, the Apex Court referred to the provisions of both the Public Lands Acquisition Law of South-Eastern State and the Land Use Act, to hold that all lands in a State are vested in the Governor/Government of the State to hold in trust for all the people who may have varied interests, rights and entitlement thereto. By Section 2(1), the Governor is granted the power to control and manage all land in the State subject to the provisions of the Act, and in accordance with the applicable Land Tenure Law enacted for the State. Section 5 authorises and empowers the Governor to grant rights in respect of all lands in the State, and to impose terms and conditions for the grant to be fulfilled and met by the grantee. Having been vested with the right over, the power and authority to control and manage all land in trust for the people as their representative under the provisions of Sections 1, 2 and 5 of the Land Use Act, the Governor is also conferred with the power and authority to withdraw, cancel or revoke any right, interest or grant in respect of the land in the State, granted by him in exercise of the power and authority to make the grant. However, to forestall an arbitrary exercise of the power and authority of the Governor in the cancellation and withdrawal or revocation of the rights, interests or title without due regard to existing ownership or holdings, the courts have, in the interpretation and application of the provisions of Section 28 thereof, insisted that the conditions stipulated thereunder must be strictly complied with for the revocation to be valid and effective in law. The reason is that the provisions are expropriatory and should be applied “fortissimo contra preferences”, strictly against the authority, but sympathetically in favour of the people/citizens whose right are to be taken away.

In this instance, the 2nd Respondent admitted the acquisition by the Imo State Government in accordance with the law, by service of the notice of acquisition and payment of compensation to the Appellants’ family, then represented by Dr R.N.A. Ubani-Ukoma. This Appellants did not respond to the facts/defence presented by the 2nd Respondent. By law, the Appellants are deemed to have admitted these facts. The law is that neither the court nor parties is permitted to set up cases, outside the facts deposed to and presented by parties in their pleadings. Likewise, a party is not permitted in law to change the case presented at a trial or lower court, at the appellate courts. A party must be consistent in the case presented before the trial court, throughout the appellate processes – I.M.N.L. LTD v PEGOFOR IND. LTD. (2005) ALL FWLR (Pt. 270) 2018. An appellate court lacks the jurisdiction to adjudicate on an issue not raised before and/or pronounced upon by a lower court, without prior leave of court. Since the Appellants did not question or challenge the validity of the revocation/acquisition of the land in dispute in their pleadings before the trial court, both the trial court and the court below are right that they could not be heard to subsequently surreptitiously attempt to introduce or raise it in the case by way of address of counsel, which does not constitute evidence or pleading of facts in the Appellants’ case. Given the above, the Supreme Court affirmed the concurrent decision of the trial court and Court of Appeal, that the land in question was validly acquired. The issue was thereby resolved against the Appellants.

Appeal Dismissed with Costs to the Respondents.