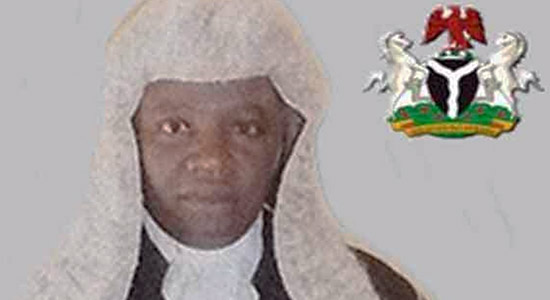 According to Premium Times the facts surrounding the reinstatement of Hon. Justice Muhammad Yunusa was initially suspended by NJC and recommended compulsory retirement.

The Economic and Financial Crimes Commission, EFCC, had charged Justice Yunusa to court for bribery and the justice stood trial for three years. On July 16 the National Judicial Council found him guilty of misconduct in a case different from the one alleged by the EFCC. The NJC later suspended him and recommended his compulsory retirement to President Buhari

However, it was gathered that the Honourable judge was reinstated because President Buhari did not act on the NJC’s recommendation.

The NJC, in a letter dated December 29, 2020, signed by its then Deputy Chairman, Olabode Rhodes-Vivour, who retired in March as a Justice of the Supreme Court, informed Mr Yunusa that his suspension had been lifted while the council “awaits the decision of Mr President on the recommendation.”

The Chief Judge said Mr Yunusa was cleared by the NJC that’s why he (Yunusa) was reinstated. He explained that the NJC had to reinstate Yunusa since the president has failed and or refused to respond to NJC’s request for his compulsory retirement in 2016.

He explained, “The NJC felt that since the allegation against him (Mr Yunusa) seemed unfounded, he should return. So, the matter was referred to the presidency three years ago, and till now there has been no response.

“So, the NJC felt that in a situation like that it can’t wait indefinitely.

“For sure he is back on the authority of the NJC, and there was a press release to that effect.”

He said stated further that “Even in the process of appointment (of judges), when judges are nominated, the NJC makes a recommendation and then the presidency will approve. So, it is the approving authority.”

He noted that “most of the complaints that were leveled against him (Mr Yunusa) bordered on matters he had tried.

“But it turned out that in all those matters, his decisions were upheld on appeal at the Court of Appeal. So, if you are alleging whether it’s bias or whether he didn’t reach proper decision, then a higher court vindicates him, what do you do?,” the Chief Judge wondered.