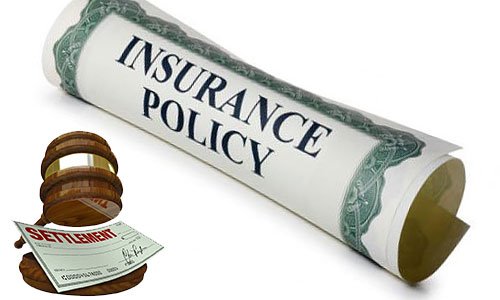 The debate over the extents and limits of the jurisdiction of the Federal High Court and the State High Court in Nigeria is age long.

While much of that debate has gone away due to pronouncements of the Apex Court in a series of cases, it would however appear that questions of law arising therefrom continue to linger in a few cases. One such case where a bit of controversy and debate continues amongst practitioners is that of the Court vested with jurisdiction to adjudicate on insurance claim disputes.

The issue of the Court vested with jurisdiction over insurance claims has however been dealt with by the Courts in two recent cases, these are SUN INSURANCE NIGERIA PLC v. UMEZ ENGINEERING CONSTRUCTION COMPANY LTD (2015) LPELR-24737(SC) and YDRO-TECH NIGERIA LTD & ANOR v. LEADWAY ASSURANCE CO. LTD & ORS (2016) LPELR-40146(CA). The former was a decision of the Supreme Court whilst the latter was decided by the Court of Appeal. Both will now be briefly examined below.

Summary of facts of both cases:

“The Respondent having shown that neither Section 251(1)(a)-(r) of the Constitution of the Federal Republic of Nigeria, nor the provisions of the Insurance Act No. 2 of 1997 by virtue of Section 251(1)(s) conferred exclusive or additional jurisdiction to entertain simple claims on Insurance contracts on the Federal High Court, the subject matter of such claims remains under the jurisdiction of the state High Courts under Section 272(1) of the 1999 Constitution.”  (Pp. 17-20, paras. F-G)”

However, in Ydro’s case, the dispute arose out of a “bonds credit guarantee and suretyship” Insurance Policy. The question before the Court in this case was whether the State High Court could adjudicate on a dispute between the Insurer and the insured regarding terms of the Insurance Policy.

In answering this question, the Court observed that Section 2 of the Insurance Act of 2003 (“The Act”), contains a list of insurance businesses in Nigeria and that “bonds credit guarantee and suretyship business” was so listed. The Court then stated that since this item was listed under Section 2 of the Insurance Act of 2003 then it is one of the risks required to be insured by the Act. Having stated this, the Court further noted that Section 69 of the Act makes provision for “Court” settlement of claims of risks required to be insured by the Act. Flowing from this, the Court stated that since “Court” was defined as “Federal High Court” by the Interpretation Section of the Act (Section 102), then the Court with jurisdiction to adjudication to hear the matter is the Federal High Court.

It is important to state here that the Nigerian Court of Appeal is bound to follow the decision of the Supreme Court in previously decided cases with similar facts and/or similar issues of law, except it had substantial reasons for not doing so e.g. where the facts of the case previously decided by the Supreme Court are not similar to the one before it or where the question of law is different. Thus, since Sun Insurance’s case was similar to Ydro’s case (both as to facts and questions of law), the Court of Appeal in Ydro’s case had to show why it refused to follow the decision of the Supreme Court in the earlier decided Sun Insurance’s case.

Firstly, the Court of Appeal wrongly interpreted the provisions of Section 2 of the Act, when it stated that risks listed under that section are risks which must be mandatorily required under the Act. A combined reading of Section 69 and 102 of the Act shows that certain risks must be insured in Nigeria and that any dispute in respect of such risks are to be decided by the Federal High Court. However, the risks contemplated in this regard are those listed in Section 64 to 68 of the Act and not those in Section 2 of the Act.

On the other hand, the introductory paragraph of Section 64 of the Act reads “No person shall cause to be constructed any building of more than two floors without insuring with a registered insure” That of Section 65 provides “Every public building shall be insured with a registered insurer” Section 67 provides “an insurance in respect of goods to be in imported into Nigeria shall be made with an insurer registered under this Act.” Section 68 of the Act provides:

“No person shall use or cause or permit any other person to use a motor vehicle on a road unless a liability which he may thereby incur in respect of damage to the property of third parties is insured with an insurer registered under this Act.”

To state otherwise is to attempt to divest the State High Court of its jurisdictional territory as guaranteed by the Constitution[1].

Yinka Adegboye is a Lagos based practitioner and Academic. He can be reached on [email protected]