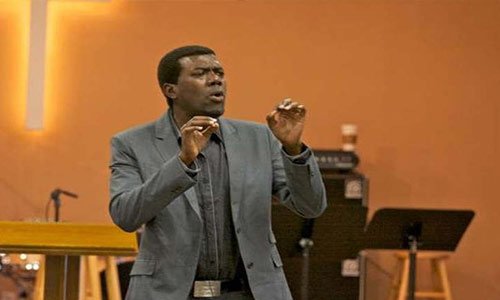 Omokri rested his call on the confessional statement by a former spokesman of the APC, Chief Timi Frank, that the ruling party fabricated outright lies against Jonathan that the former president engaged in economic and financial crimes.

He said this had not only vindicated the former leader, but had exposed the APC to be a propagandist organisation that used and uses fraud and economic sabotage to destroy Nigeria.

Frank had revealed that damaging allegations made against Jonathan were deliberate falsehoods, fabricated by leaders of the APC without any thought spared for the economic impact on the nation.

The party leaders had alleged that under the watch of the Jonathan administration $49 billion was missing and unaccounted for from the Federation Account and the Nigerian National Petroleum Corporation (NNPC), and that the ex-president had emptied out the Excess Crude Account.

These false allegations, he said, were made in a desperate power grab, but added that they led to a massive loss of confidence in the Nigerian economy, leading to capital flight. These acts of economic sabotage were deliberate and are criminal.

He said the EFCC was established by the Peoples Democratic Party’s administration of former president, Chief Olusegun Obasanjo, and Alhaji Atiku Abubakar, to identify, prevent and punish financial crimes against the Nigerian state.

According to him, it is a financial crime to knowingly make false allegations against the Nigerian government’s Economic Management Policy for the purpose of undermining it and weakening it so that an individual or organisation can profit from such undermining.

Based on the confession and testimony of Frank, it is clear and established that the APC leaders committed a crime against Nigeria, in that they knowingly subverted the Nigerian economy and turned the then third fastest growing economy in the world to the present world headquarters for extreme poverty.

“As such, both the EFCC and the ICPC are called upon to prove their independence by commencing the investigation, arrest and arraignment of APC leaders, who made deliberate, false and misleading statements that not only plunged Nigeria into a recession, but also led to the loss of over 11 million jobs and introduced multi-dimensional poverty into the polity,” he said.

According to Reno, “Failure to do so on the part of both the EFCC and the ICPC, despite a confession by one of the dramatis personae, should be taken by the Nigerian public as proof that these law enforcement bodies have since lost the independence they enjoyed under the PDP, and are now mere appendages of the ruling party.”

He regretted that the Buhari administration remained unrepentant in its claims to unproven economic success, including its recent statement that it had lifted five million Nigerians out of poverty.

A statement, he pointed out, was outrightly contradicted by the World Bank, which revealed that poverty in Nigeria has now assumed ‘multi-dimensional’ status.

“We urge Nigerians to note that these economic gains were eroded, not by the vagaries of the world economy, but by deliberate sabotage of unpatriotic elements,” he said.