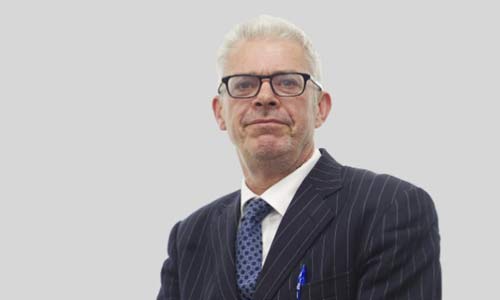 Many American correctional facilities, a phrase I have always found deeply unsettling, are parked in the middle of nowhere to seclude in privacy the reality of what is going on. Easy and private disposal or degradation of humanity. Belmarsh Prison the leading high security facility in the UK is also slightly off the beaten track and requires a considerable trek from Plumstead station via a complex of buildings including another prison Thameside and Woolwich Crown Court. Now there is a residential estate opposite so it is not as desolate as visiting a high security American facility in the South or The Midwest as I have where a cheap roadside hotel miles away was the only nearby accommodation but no doubt the urban planners wanted a degree of seclusion in the UK or at least a complex which deals with all the rotten eggs in one barrel.

There is like a roman labyrinth an underground passageway non public where the prisoners of Belmarsh are taken to the prison. It must be a spectral walk like The Bridge of Sighs. It is not available to see even for an advocate.

That bridge of sighs to the cells in the duomo in Venice is a walk to certain torture or death or perpetual confinement in the palace of the Doge in Venice.  A brief ray of light before the doom. There are other tunnels of doom like the brief passageways in death row I have seen.

Now I have recently fought several jury trials in Wooolwich but my initial introduction to that court building was in 1996 when I took a flight from Dublin with the estimable Paul McNally Solicitor, now dead, but the most public interested lawyer Ireland has seen in recent years present company excluded with an acute sense of the distinction between his own interest and the the public interest now lost. To visit Mr. John Gilligan was an eye opening experience. I had never been to a high security prison before and Mr. Gilligan was even more notorious then though still so to some degree now. The amount of checks and searches would shatter almost anybodies sang froid. But we did meet him and the rest I suppose is a chapter of Irish legal history and social mores.

My representation of him was with respect to The Proceeds of Crime Act 1996 and I have written extensively about that act and its drawbacks and do not save by implication propose to go over old ground save to say it is not meaningful law and a nonsense.  But the social history context to which I was less familiar than I should have been was that Mr. Gilligan was supposedly involved or authorized the killing of the journalist Veronica Guerin who in compromised sort of way was exposing the level of corruption of gangs in the North Side of Dublin. Now even more of a warzone.

The drug problem arose because in fact of a failure of urban planning. The inner city dwellers of the liberties in Dublin now a rather fashionable area then the heart of working class Dublin were removed to progressive buildings in fact two catastrophically ugly tower blocks in the middle of Ballymun. The buildings have been demolished and the inhabitants have been refocused in a rather nice housing estate opposite but the cat was out of the bag and the road to ruin paved perhaps with good intentions unleashed.

The drug problem in the North side of the city has morphed into fractious gang warfare and Mr. Gilligan has been deposed and murder attempted as they fight out either turf wars or territorial wars which replicates to a significant extent the concept of doing business in Ireland or in the law library. The same generals.  There is no distinction in fact between the gangster and corporate gangster community in Ireland Inc save bandit legitimization. In the North side an unholy synergy or trinity has evolved with gansgterdom, gangster police officers, and paramilitary subversives all laced with a soupcon of semi educated Irish pseudo respectable Catholicism of the civil service families and their progeny. A time bomb exploded.

Senator Norris when I was seeking to enlist his support for an aborted constitutional housing challenge badly needed lives in a renovated and beautiful house in North Great Georges Street overt the bridge past the Gate Theatre and turn right. He welcomed me by thanking me for visiting the North Side of The city as did Father McCverry, Our leading house rights activist, when I met him after giving a talk at the Ballymiun Law Institute hosted by another paragon of Irish virtue Frank Murphy, the head of the Ballymun Law Institute, which aims to provide in an underfunded way legal advice to those desperately in need in the north side of the city.

Now I have been asked many times about my view of Mr. Gilligan and have said to the horror of many that he came across not as the personification of evil but as a trapped businessman with that kind of pseudo polish that many have or for that matter many barristers in The Irish Law Library have., the remark stung and was as is my want waspish. I am not inclined to hold back.

But of course as Savona indicated in Zero, Zero, Zero (2015) the modes of organization of the drug trade are indistinguishable from that of corporate business with similar structures of Mafiosi loyalty, command driven et al and the same as the Irish police force. We were only obeying orders.

Now the Gilligan involvement with the murder of Veronica Guerin led in a case which I am confused as being involved with but was not his charge for murder many years later in kind of inverse Forsyth Saga (1922). which Ireland is far too adept at. A saga dragging on for twenty years.

Where he was given a very severe sentence equivalent to murder a sentence for drug trafficking in lieu of an inability to find sufficient evidence for murder by a panel of judges not jurors in The Special Criminal Court it only led to a further plethora of challenges to overturn an act which should never have been passed in the first place..

Now the hysteria which led to The Proceeds of Crime Act 1996 is in my view the murder of an overly canonized Irish journalist that pandered into deep seated notions inherent in Irish Catholicism. Our over empowered and statist or journalistic custodians of a catholic Whore Madonna matrix not unlike Italy

Gilligan was in Belmarsh because in a foolish and boastful working class way he had showed bundles of cash at customs.

It is a high security court and prison Category A Offenders and Woolwich Crown Court deals with very serious terrorist and national security matters and less important cases. Though what it deals with now is difficult to discern. It was like a visit to a ghost ship as the justice system breaks down. The spectral ghost of barristers.

The cartelization of the world into secure and unsecure, safe and unsafe spaces is continuing apace. So the Belmarsh compound may now be a kind of synonym for much of humanity.

Mr. Gilligan was treated very shabbily by The Irish State and is no worse probably a good deal better than most of our top businessman or indeed lawyers. He was given no choice about how to better himself and the lure of easy money intrinsic to neo liberalism and the blurred lines between legitimate and illegitimate income ever more difficult to police.

But that is the fate of many in our blurred moral universe. In the time of conorovirus time to reflect and develop sustainable living structures that are non statist and thus non corrupt, that regulate banks to the older state of non investment and that channel work and its products into ecological and economic sustainability. I have met at least one Irish Minister for Justice One or two Senior Counsel and several high court judges much worse in human evil than Mr. Gilligan. It is an uneasy line between the Special Criminal Court and the prison over the hill Mountjoy where Mr. Gilligan resided and a huge chuck of the law library in Dublin now some mercifully deceased should.

It leads to the question which I will address in a subsequent paper of how to channel standards properly and to what?