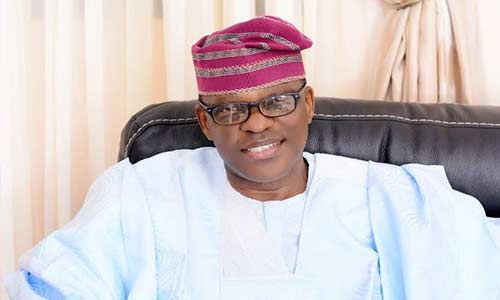 His victory has set the stage for a repeat of the 2016 battle with All Progressives Congress (APC) candidate Oluwarotimi Akeredolu.

Akeredolu defeated Jegede – both of them lawyers and Senior Advocates of Nigeria (SANs) to become governor.

The PDP candidate polled 888 to defeat seven others including Deputy Governor Agboola Ajayi, who defected from the APC to PDP to bid for the ticket.

The process began following the arrival of members of the Primary Committee led by Enugu State Governor Ifeanyi Ugwuanyi around 1.30pm

Ugwuanyi had warned against unruly behaviour before he distributed ballot papers to the delegates.

Shortly after the accreditation, some PDP youths raised the alarm that four persons had been caught thumb printing ballot papers ahead of voting.

But, it was later discovered that the allegedly thumb-printed papers were specimens.

The Ondo State Police Command deployed no fewer than 800 policemen to monitor the primary.

Police Public Relations Officer Tee-Leo Ikoro, an Assisitant Superintendent of Police (ASP), told reporters at the venue that the purpose was to ensure safety of lives and properties.