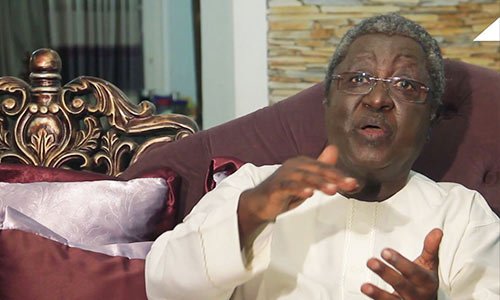 A former cashier in the office of the Secretary to the Plateau State Government, Mr. Yusuf Pam, said that he never hid money for the former governor of the state, Jonah Jang, throughout his eight-year tenure.

Pam and the former governor are standing trial in a 12-count charge brought against them by the Economic and Financial Crimes Commission (EFCC), bordering on alleged corruption and misappropriation.

The EFCC had alleged that Jang, who served as Plateau State governor between 2007 and 2015, misappropriated over N6billion, two months to the end of his tenure as governor through Pam, who served as cashier in the office of the Secretary to the State Government (SSG).

Testifying under cross-examination to the claim by the EFCC, Mr. Pam admitted in his written statements to being the one that paid monies into Jang’s Zenith Bank Plc account and thereafter tendered the deposit slips to the former governor, the former cashier told the court in Jos on Tuesday that the information was false.

“My Lord, I was not answerable to the governor directly; I never hid money for him when he was governor. I had a permanent secretary, Cabinet, and Special Services, who was the Accounting Officer in the office of the Secretary to the State Government.

“I tried to explain this to the EFCC official, Mr Sunday Musa, during my interrogation and he landed a slap on my face and forced me to make statements the way they wanted it,” Pam said.

Counsel to the EFCC, Mr. Rotimi Jacobs had at the last sitting on July 23, 2019, led Mr. Sunday Musa, an EFCC investigator, in evidence wherein he claimed that Pam admitted to being the one that assisted the former governor to loot the state treasury.

According to Sunday, Pam was invited by the EFCC for interrogation as part of investigations into the alleged fraud during which he made the statement

He said: “Pam had made his first statement on January 16, 2017, in an open-space office at the EFCC with other officers about ten of them in number including the Unit Head, Babaginda Umar, Janet Justin, Simon Okon among others who were present carrying out various duties assigned to them.

“Pam was cautioned that he should be truthful and that anything he said would be used as evidence in a court of law.

“In line with the investigation, Pam was asked relevant questions concerning the role he played with respect to the suspicious transactions and he rendered the statements.”

But when the EFCC counsel sought to tender the statements before the court, which he claimed were voluntarily made by Pam in the course of investigations, counsel to Pam, Mr. D.P. Dusu, raised an objection to the admissibility of the statements, arguing that his client made the statements under duress, a development which prompted the trial judge to order a trial within a trial in order to determine the veracity of the documents.

At the resumed hearing of the case on Tuesday, Pam who was led in evidence by his counsel, narrated how he was slapped and tortured by Mr Sunday Musa to make the controversial statements.

Pam said: “My Lord, all the statements I made to the EFCC in writing were dictated to me by them. I was slapped, detained and tortured. They wanted me to do as they wanted so that they would release me, so I actually wrote what they dictated to me to write because the torture was too much.”

Justice Daniel Longji adjourned the case until August 7, 2019, for the continuation of hearing.