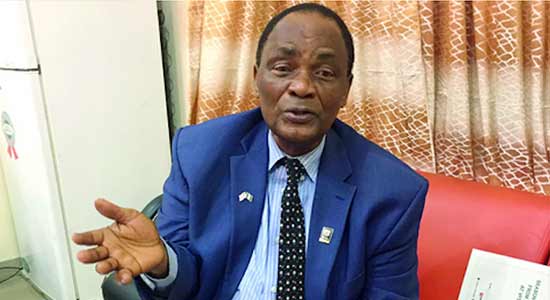 *Challenges FG to scrap board immediately

Akinfeleye, Chairman of UNILAG Television and Radio Stations, therefore challenged the federal government to scrap the Joint Admission and Matriculation Board (JAMB), saying it was no longer an agency regulating admission into the tertiary institutions.

Akinfeleye expressed the concern at the launch of Walure Capital Technology Hub in Lagos yesterday, identifying potholes in the federal government under President Muhammadu Buhari.

At the session yesterday, Akinfeleye said the state of education sector“has left the school system with several potholes, beginning from the JAMB.”

Akinfeleye lamented the poor state of the country’s educational system, where the schools are shutdown for the past six months just because the government had refused to address the crisis in the educational sector.

He also faulted the Ministry of Education for handling the issues rocking the Nigerian universities with kid’s glove, especially the ongoing strike of the Academic Staff Union of Universities (ASUU).

He claimed that the board“is no longer a regulator, but has turned itself into a trader that is extorting money from candidates by hiking the cost of JAMB Forms every year.

“Since JAMB now trades at the expense of parents who bear the brunt of the hike, the body should therefore be scrapped, because it is no longer serving the purpose for which it was established,” Akinfeleye said.

Akinfeleye also identified potholes in the current government, calling for immediate solution to address the challenges in order to move the federation forward.

Citing Section 22 of the Constitution of the Federal Republic of Nigeria, 1999, Akinfeleye said the media therefore “has critical role in holding government accountable to the people for bad governance that has created several potholes in Nigerian democracy.”

The section stipulate that the press, radio, television and other agencies of the mass media “shall at all times be free to uphold the fundamental objectives contained in this Chapter and uphold the responsibility and accountability of the Government to the people.”

He listed some of the potholes to include unending insecurity, incessant disruption in the educational sector, high foreign exchange rates, corrupt judiciary, poor electricity supply, poor healthcare delivery system, corruption in Police Force and high cost of transportation, among others.

Citing insecurity situation in the country, Akinfeleye said it was worrisome and scaring the way people “are kidnapped and killed mercilessly even after the killers must have collected ransom from the family of their victims.”

In his goodwill message, Lagos State Commissioner for Physical Planning, Mr. Idris Salako commended the founder of Walure Capital, Mr. Samuel Adeleye for the launch of the technology hub.

Salako added that the technology hub would help tech savvy Nigerians to develop their technology skills and create digital jobs for the Nigerian citizens.