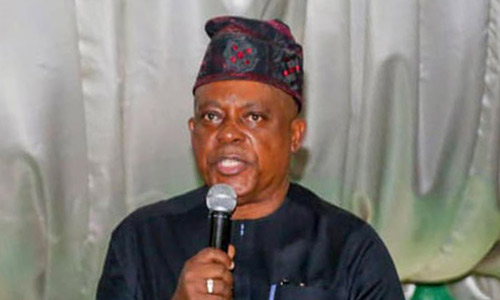 The National Chairman of the People’s Democratic Party (PDP), Prince Uche Secondus, has said that it would be difficult for the party to participate in future elections in the country without electoral reforms.

The party chairman said it has not been easy for the PDP operating under a ruling party whose understanding of democracy is “impunity, intimidation and coercion”.

Secondus spoke while receiving a team of Election, Party Monitoring Department of the Independent National Electoral Commission (INEC) at the PDP Abuja secretariat on Monday.

According to him, the 2019 elections demonstrated the height of electoral impunity that set the nation’s electoral development progressively backwards.

Secondus said: “We stand vindicated in the eyes of many electoral watchers as all our fears and apprehensions ahead of the elections came to fruition in the general election of February and March this year.

“The preceding governorship elections in Ekiti and Osun states earlier and the latest being the November 16, 2019 gubernatorial election in Bayelsa and Kogi states.

“Despite a standing lawful court ruling that military should be kept at a distance during elections as secondary security, we have all watched how they not only took over the primary security role from the police, but also in some instances, dictated and even connived with some INEC officials.

“Nigerians have watched how the electoral body, unable to control the military, relinquished their responsibility to them and still curiously went ahead to authenticate such fraud”.

The party chairman called on INEC to immediately initiate moves for the amendment of the Electoral Act, with the view to legalising electronic voting and removing the influence of the military as primary security during elections.

Secondus regretted that unlike the PDP, the All Progressives Congress (APC) is not disposed to any electoral law that will prevent manipulation of the system.

He accused the electoral body of conniving with the APC to compromise the electoral process in the 2019 presidential election and governorship elections in Ekiti, Osun, Kano, Kogi and Bayelsa states.

The party chairman charged INEC to be at the forefront of the process to have legal frame work for the conduct of free, fair and credible elections.

“Such legal framework should address the issue of security, electronic voting and collation of results and punishment for electoral offenders.

“The survival and sustenance of our democracy rest squarely on the integrity of the electoral commission which will derive from the character and the impartiality of its operatives.

“The effect of bad elections in our polity has been far reaching, stagnating the political and economic development and permanently hoisting on the people unpopular and incompetent leaders.

“The tension and uncertainty in the country today is clearly fallout of election mishap in February. Free, fair and credible election is exactly what PDP and indeed global democracy demand and expect from INEC”, the party chairman said.

Responding, the leader of the INEC team, Mr. Musa Husunu, a Deputy Director in the Election and Party Monitoring Department, said the team would take the PDP chairman’s message to the leadership of the electoral body.