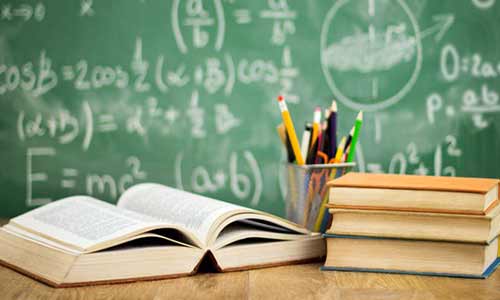 Did you know that the right to education is no longer a “mere or pious declaration” in the Nigerian Constitution but an actionable offence if breached?

In a judgment delivered by Honourable Justice J.T. Tsoho of the Federal High Court, Abuja on 15 March, 2017, parents, guardians, Civil Society Organisations (CSO’s) and human rights groups can now bring an action against the government for failing to make both primary and junior secondary education free for Nigerian children.

The Nigerian child has the Legal Defence and Assistance Project (LEDAP) to thank for this landmark victory. The NGO had brought a suit (FHC/ABJ/CS/978/15) at the Federal High Court (Abuja) against the Federal Ministry of Education and the Attorney General of the Federation, seeking, among other reliefs, the declaration of court to make the right to compulsory, free and universal primary and junior secondary education enforceable in Nigeria.

And guess what? The suit was unchallenged. Accordingly, the court, after a thorough review of LEDAP’s proposition (prayers), entered judgment in the NGO’s favour.

In resolving the matter, Justice Tsoho made the following declaration:

“Having been guided by the pronouncements of the Supreme Court in the case of A.G, Ondo State v. A.G, Federation…, I hold that with the enactment by the National Assembly of the Compulsory, Free Universal Basic Education Act, 2004, the specific provisions covered by that Act have become Justice able or enforceable or enforceable by the courts.”

As a background to the Court’s judgment, It is important to note that the right to education is currently not among the fundamental rights of persons as guaranteed under Chapter Four of the Nigerian Constitution, 1999 (as altered). Rather, it is housed in Chapter Two of the Constitution (Fundamental Objectives and Directive Principles of State Policy) which contains the core responsibilities of government to both Nigeria and Nigerians.

Unfortunately, none of the obligations spelt out in Chapter Two of the Constitution can be enforced in a competent court by virtue of section 6(6)(c) of the Constitution—an ouster clause which strips ambitiously, the court of its power to hear any matter regarding any question as to whether any act or omission by government or persons in respect of the 12 provisions under Chapter 2 of the Constitution, constitutes a breach, which includes education.

The notorious section 6(6)(c) of the Constitution reads thus:

6(6) “The judicial powers vested in accordance with the foregoing provisions of this section:

To be clear, the relevant portion under Chapter 2 which applies to education is section 18(1) and (3) of the 1999 Constitution. It states as follows:

“18.(1) Government shall direct its policy towards ensuring that there are equal and adequate educational opportunities at all levels…

However, where the National Assembly enacts a law on any section or sections of Chapter 2 of the Constitution, such section(s) shall become automatically enforceable. By implication, the Courts will therefore have unrestricted power to hear such a matter brought before it for determination. Also, an aggrieved party may proceed to court for the enforcement of his/her rights.

“We do not need to seek uncertain ways of giving effect to the Directive Principles in Chapter 2 of our Constitution. The Constitution itself has placed the entire Chapter 2 under the Exclusive Legislative List. By this, it simply means that all the Directive Principles need not remain mere or pious declarations. It is for the Executive and the National Assembly, working together, to give expression to anyone of them through appropriate enactment as occasion demands…”

This is precisely what the National Assembly sought to achieve by enacting the Compulsory, Free Universal Basic Education Act 2004, which makes primary and junior secondary education absolutely free and compulsory for Nigerian children with the exception of those living abroad.

LEDAP saw the opportunity the Act presented and went for the “kill” and it succeeded.

But there are concerns however, as to the feasibility in enforcing this cherished right to education, especially in view of the Nigerian political landscape and the possibility of reversing the decision of the Federal High Court on appeal if contested. What then becomes of the fate of compulsory, free universal basic education in Nigeria?

In a proactive move, the Speaker of the House of Representatives, Rt. Hon. Femi Gbajabiamila, is currently sponsoring a bill to that effect in the Green Chambers. The bill seeks to, among other things, amend the Constitution by entrenching education as a fundamental right under Chapter 4 of the 1999 Constitution. In effect, if the bill succeeds, the right to education will enjoy equal legal status with all the fundamental rights enshrined under Chapter 4 of the Constitution.

The good news is, the bill has passed second reading already, and is now at the stage of the Special Committee on the Review of the 1999 Constitution as at December, 2019. By implication, the moment the bill is passed into law, there can be no chance for the decision of the Federal High Court (in the LEDAP case) to be reversed.

One of the positive effects the proposed bill is likely to have on the education sector is that, more radical groups like LEDAP are likely to emerge in the future, which is considered a welcome development in terms of keeping the government on its toes to deliver the dividends of basic education to the Nigerian child and the illiterate adult by extension.

In addition, it will make relevant government establishments like the National Commission for Mass Literacy, Adult and Non-Formal Education (NMEC) to reinvent itself in the face of potential suits for underperforming.

Also, non-conforming parents and guardians who are averse to the idea of formal education will face the wrath of the law for refusing to send their wards to school. The law not only makes primary and junior secondary education free, but also mandates the government to cater for uniforms for school children, among other basic amenities to be provided.

In like manner, the much needed political will to implement the relevant provisions of the law on education may be realised. Who knows, it just might be the end of the prolonged policy of lip service being paid to education in the country, the beginning of a paradigm shift towards prioritising education for national development. You never can tell!

LEDAP has set a standard on how to engage the government on important issues of national concern. The truth is, something has to be done by every stakeholder to bring about the desired results in educational delivery services in Nigeria. And the most potent means to achieve such outcome is law and policy reforms, coupled with political will in order to translate the vision of expanding access to quality education into reality.

Such is the power of law as a vehicle for social engineering in society. LEDAP has performed remarkably in that regard, other CSOs and NGOs should follow suit.