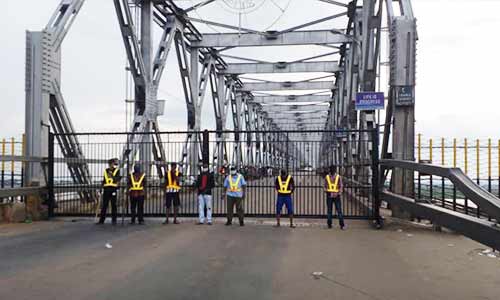 People living in the five states of the South-East are groaning over the frequent sit-at-home order by the Indigenous People of Biafra (IPOB), which they said, has continued to cripple socio-economic activities in the region.

Despite the suspension of the Monday weekly order called by IPOB to push for the release of its leader Nnamdi Kanu, who had been in the custody of the Department of State Service (DSS), South East residents have continued to comply with the weekly sit-at-home order.

IPOB has since after the initial exercise on August 9, said that the order would be observed only on the days its leader is to appear in court.

However, the fear of attacks has forced residents of cities, towns and villages in the region to stay at home in the last four Mondays. During the period, banks, markets, shopping malls, eateries and shops remained locked. Schools, mechanic workshops, recreational centres and churches were also under lock and key.

The whole thing took a new dimension as the pro-Biafra group declared a total lockdown on September 9, in protest of President Muhammadu Buhari’s visit to Imo State.

People said the issues of killings, beheading and burning of commercial buses linked to the enforcers of the sit-at-home order were enough reasons for them to stay at home to avoid being attacked.

Every sector has continued to bear the brunt of the frequent sit-at-home in the South East. The chambers of commerce, business owners and traders are still computing their losses, though they put the cost of every Monday sit-at-home at about N8billion.

First Vice President of Nnewi Chamber of Commerce, Industry, Mines and Agriculture (NCCIMA), Chief Moses Ezukwo, said the development has robbed the zone over N50 billion so far; adding that the loss in the private sector amounted to over 60 per cent.

Of this amount, unverified statistics said the transport sector loses at least N3billion any day there is lockdown in the region. An average of one million people move around, in and out of South East each day, at N3, 000 per traveller.

A trader in Abakaliki, Ebonyi State lamented that the economy of the region was already collapsing.

She said: “We are losing customers and businesses are declining. Monday is the first working day of the week. People set goals and hopefully look forward to achieving them. But currently, our hopes are being dashed every Monday. It is terrible. Something needs to be done urgently too.”

According to them, they decided to close business every Monday because enforcers of the sit-at-home order allegedly targeted their vehicles, vandalised, and burnt them while also killing some of their passengers.

For instance, a truck laden with motor spare parts heading to Kogi State but parked at the Eluagu Obukpa area of Nsukka in Enugu State, was set ablaze by persons suspected to be enforcing the sit-at-home order in the early hours of Monday, September 6.

A transport company manager in Owerri who wished not to be named, lamented: “We lost millions on that day the sit-at-home was first declared and moving into the fifth week, even though they have suspended it but our people are still very much afraid.

“Go around the transport companies and hear from them. Maybe many will not talk because of fear of attack. You talk today and tomorrow they will attack you. There is a need to stop this; our businesses are dying in Igboland.”

He said: “In Anambra State all the major markets opened for business but we did not see any trader or customer in the market. The entire markets were deserted due to fear of attack or robbery. We want to appeal to traders and customers to be coming to the markets because IPOB has suspended the sit-at-home order.”