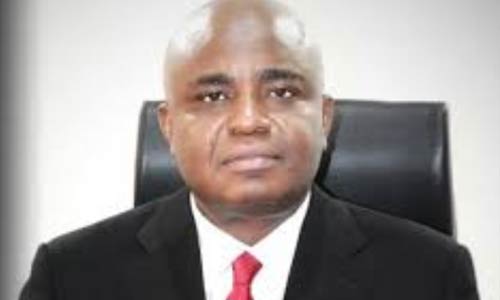 Worried by the excruciating poverty in the country, a Senior Advocate of Nigeria SAN, Ahmed Raji has called on the Federal government to immediately introduce Wealth Tax Policy that will make super-rich Nigerians pay a deserved tax that would be used to cater for the downtrodden citizens in the country.

The Abuja-based senior lawyer said that the suggested tax policy if introduced and implemented will make the super-rich Nigerians to contribute meaningfully to the government’s purse to bridge the gap between the affluent and super poor in the nation.

Raji who spoke at a public lecture entitled “Taxing Powers in a Federal System” held in Abuja to mark his 60th birthday remarked that the time has come for the government to do real balancing between the rich and the poor in Nigeria.

He argued that in the face of a harsh economic situation starring poor Nigerians in the face, the poor need to be subsidized and not to be taxed under any guise so as to balance their anger against the rich.

The Senior Advocate of Nigeria noted that evidence is sufficient that some super-rich class owns personal jets worth $50M each at a time when some families could not afford to eat twice a day adding that the country cannot witness genuine peace under such a situation.

“It is a fact that the downturn in Nigeria’s economy is having harsh and devastating effects on the poor majority Nigerians. The wide disparity between the rich and the poor should be of grave concern to patriotic Nigerians and the way out must be found.

“The gap between the rich and the poor is so much and so offensive that It can lead to break down of law and order at any moment.

“It is in the interest of justice that the super-rich should shed part of their stupendous wealth to cater for the downtrodden masses before it is too late.

“Majority of Nigerians are in absolute poverty. Over 90 percent of the Nigerian population is in abject poverty and the time has come for us, including myself to address the ugly situation.

“Any attempt to pretend that all is well may spell doom for the nation. We will be sitting on a keg of powder if we refuse to address the challenges of the poor masses now” he warned.

He appealed to the government that the instrumentality of Wealth Tax must be adopted and used to develop the Nigerian nation as done in the United States of America, United Kingdom and France.

The senior lawyer said he opted to use the public lecture to mark his birthday so as to use it to draw attention to some burning issues and challenges that deserve public attention rather than mere merry making.