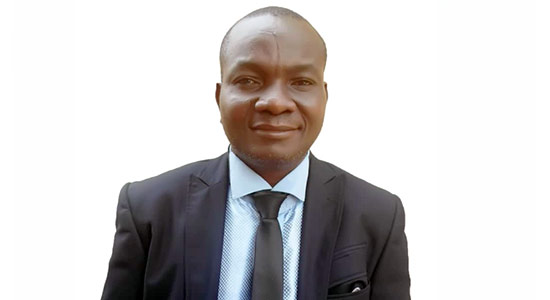 We usually wake to the news that filled the air in every State of the nation the certain number of people has dumped one party for another with an official decamping ceremony being organized to welcome the decamped group of persons into the new party.

It is against this background that this piece is written by the writer who does talks through his pen with a view to discussing the appropriateness or otherwise of the ubiquitous practice of some group of persons claiming to have left a political party for another.

It is the declaration of support of some groups of people for a political party through a candidate of that party that many Nigerians regard as decamping. What then is the word ‘decamp’?

According to Cambridge English Dictionary, the word ‘Decamp’ means ‘to leave suddenly and unexpectedly, usually without telling anyone.’

A close reading of constitutions of some prominent political parties in Nigeria evinced that their respective Constitutions allow any interested person to be registered as a member if the person presents himself at his ward for registration; pays the required cost for the registration and get party membership card being issued to him or her.

It therefore needs to say that for any Nigerian to be a member of any political party, the person must have his name registered by the said political party at his ward level upon payment of the prescribed registration fees and have a membership card to be issued to him/her. At what period can a person join a political party of his choice?

(2)      ‘Every registered political party shall maintain a register of its       members in both hard and soft copy.

(3)      Each political party shall make such register available to the           Commission not later than 30 days before the date fixed for the       party primaries, congresses or convention.’

It is noteworthy that the new Electoral Act under the above reproduced provisions of section 77 make it mandatory for every registered political party to make its register available to the Independent National Electoral Commission (INEC) not less than 30 days before the date fixed for the party’s primaries, congresses or convention which the writer believes every political party has complied with. How then can any new members be admitted into any political party after the submission of its register to the Independent National Electoral Commission (INEC)?

It is worth saying that being a member of a political party is not by mouth-saying but by discharging one’s membership responsibility to that party. And to be a new member of any political party transcends decamping ceremony which many groups of people are doing at the time the lifting of ban for open campaign is around the corner.

It is equally noteworthy to say that a person is not yet a member of any political party if such person does not have his/her name in a register of the said political party upon payment of registration fees or having any membership card issued to him or her.