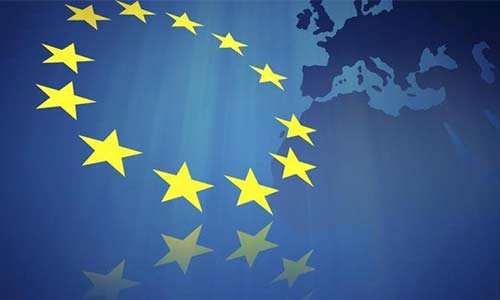 The European Union says it can impose restrictive visa implementation rules on Nigeria, if it fails to play its part in the return and readmission of its nationals staying illegally in the EU.

The EU, which comprises Germany, Italy, Spain, France and 23 other countries, further stated that although it would not place a visa ban on Nigeria, it could make its visas more difficult for Nigerian applicants if Nigeria failed to meet its standards.

The EU Spokesperson for Foreign Affairs and Security Policy, Ms Virginie Battu-Henriksson, said this in an email chat with The PUNCH on Tuesday.

Recall that the United States had last month imposed immigrant visa ban on Nigeria and five other countries.

Under the new policy, citizens of the affected countries would not be allowed to apply for visas to emigrate to the US under the policy aimed at tightening “security for countries that don’t comply with the US minimum security standards or cooperate to prevent illegal immigration.”

According to the Department of Homeland Security, Nigeria presents a high risk, relative to other countries in the world, of terrorist travel to the US.

The US further stated that Nigeria did not adequately share public-safety and terrorism-related information, which is necessary for the protection of the national security and public safety of the US.

Following the US action, the Federal Government set up a committee headed by the Minister of Interior, Rauf Aregbesola, to ensure that Nigeria meets requirements the US said were not in place.

On February 5, the committee met with the US Consular General in Abuja with a view to addressing issues raised in the visa ban.

On Tuesday, the US Ambassador to Nigeria, Ms Mary Lenoard, explained that the visa ban was not permanent, adding that it was subject to review if certain conditions were met.

But while Nigeria is struggling with the US visa ban, the EU said it could impose restrictive visa implementation rules on it.

When asked if the EU had challenges Nigeria was trying to resolve with the US, Battu-Henriksson said Nigerians still placed among the top 10 nationalities detected as staying irregularly in the EU even though the number of Nigerians travelling irregularly to the EU had dropped.

She said Nigerian criminal networks remained active in the EU.

The EU spokesperson said, “Nigerians still place among the top 10 nationalities detected as staying irregularly on the EU territory, although the number of Nigerians entering the EU irregularly declined drastically last year.

“Nigerian criminal networks remain active in Europe, and Nigeria remains the main non-EU country of origin for victims of trafficking (mainly women) registered in the EU.”

When asked if the EU would be giving Nigeria the “American treatment”, she said Nigeria could face a restriction if certain criteria were not met.

Battu-Henriksson stated that if Nigeria did not play its part in the readmission of its citizens living illegally in the EU, then strict measures could be put in place.

She said what the EU could do if Nigeria failed to meet its criteria was to adapt the rules on processing short-stay visa applications.

The EU spokesperson stated, “What the EU can do since new rules on short-stay visas to the EU became applicable on 2 February 2020, is to adapt the rules on processing short-stay visa applications, depending on whether a non-EU country cooperates satisfactorily on the return and readmission of their nationals staying irregularly in the EU.

“This could have an impact on the processing time, the length of validity of the visa to be issued, the level of the visa fee to be charged and the fee waivers. It is important to note that this mechanism does not amount to a visa ban and does not call into question the right to submit an application for a visa or to be granted a visa. It only allows for a more restrictive implementation of some of the visa rules. This concerns short-stay visas to the Schengen area, covering stays of up to 90 days in any 180-day period.”

Battu-Henriksson recalled that in 2016, an EU Council decision authorised the opening of negotiations on readmission agreement with Nigeria – making it only the second country in West Africa with which the EU was negotiating such a formal agreement.

The readmission agreement seeks to ensure that Nigerians travelling to the EU take only the legal routes.

It also seeks to ensure that Nigeria is able to readmit its citizens living illegally in the EU.

“It is in our common interest to work on dissuading migrants to take dangerous irregular routes to Europe and risk exploitation. Returns and readmission are part of working on this common endeavour,” she said.

The EU spokesperson said Nigeria remained a partner in the fight against terrorism and human trafficking.

Battu-Henriksson said the EU was also supporting the multinational joint task force in its fight against Boko Haram and had donated 55 million euros to the African peace facility.

Nigeria’s Ministry of Foreign Affairs said that it had not received any official notice from the EU that it was considering Nigeria for visa restriction rules.

The Ministry of Foreign Affairs’ Spokesperson, Ferdinand Nwonye, stated this in an interview with one of our correspondents on Wednesday, while reacting to whether the EU was considering Nigeria for a visa restriction.

“Be that as it may, it has not come to us officially. And you know definitely that anybody who has a visa and the visa expired based on the conditions of the issuance, the person is expected to come back or renew his stay there.”