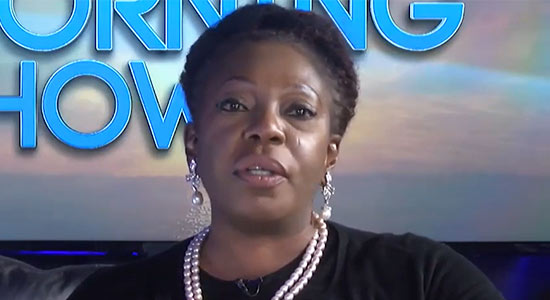 We were in Ikere Ekiti last week, to attend the commissioning of the High Court Complex donated to the Ekiti State Judiciary by the Chief Wòle Olanipekun CFR, SAN, Chairman of the Body of Benchers. The ultra-modern court rooms and facilities are above par, and as I inspected the building, what went through my mind was my hope that the Complex will be well maintained by the Ekiti State Judiciary.  If as many us were as generous to our society, indeed, Nigeria would be a better place.

We also visited ABUAD (Afe Babalola University, Ado Ekiti), and we were astounded with what we saw. The facilities are something to write home about. In just 13 years of existence, ABUAD has been ranked the best University in Nigeria by the Times Higher Education Rankings, and one of the best 400 Universities in the world. Kudos to Aare Afe Babalola CON, SAN, a legal icon, who founded ABUAD in 2009 at the age of 80. He has certainly given credence to the saying that “age is just a number”, with him being able to achieve at an advanced age, what people 50 years younger than him have not. We paid a courtesy call on Aare before 9am, and he was in his office, having worked till the small hours of the morning. At 93, he’s still standing straight and walking unaided, with a sharp mind. Needless to say, Aare is in a class of his own. An Educationist par excellence! I definitely developed a new respect for him. Congratulations to the two Chiefs!

And, of course, where our other telephone networks disappointed us, I ‘GLOED’ with pride, as my GLO line worked excellently throughout my stay and travels into the depths of Ekiti State.

I cannot but comment on the new allegations and counter-allegations, that the APC and PDP have levelled against their rival Presidential candidates, respectively. Since the unproven allegations border on corruption on the PDP side, and drug-related matters on the APC side, they may lower the estimation of the candidates in the eyes of right-thinking members of society; but, again, the allegations do not meet the threshold set by Section 137 of the 1999 Constitution of the Federal Republic of Nigeria (as amended in 2018)(the Constitution), for the disqualification of Presidential candidates, at least, not yet – not until they are proven in a court of law. While Festus Keyamo’s actions are nothing more than grandstanding, the PDP’s reaction is also nothing more than showing that “people who live in glass houses, should not throw stones!”. Either Party calling  for the opposing candidate to step down is just wasting their time, although I would say the whole outing is an embarrassment for both parties.

Either party’s allegations, or even if they were formal accusations, do not satisfy Section 137 (1)(d) or (e) of the Constitution. See the case of Buhari v INEC & Ors (2008) LPELR-814(SC) per Niki Tobi JSC. Also see the case of Effiom & Ors v Crosiec & Anor (2010) LPELR-1027 (SC) per Tabai JSC. It seems that Festus Keyamo, SAN and PDP are unaware of the latter case, in which the Supreme Court held inter alia that “….it is not enough to allege that the person had been indicted for embezzlement or fraud….Such an assertion remains a mere allegation, and no more. To amount to a disability, it must be established that the person claimed to have been indicted, was tried and found guilty for the alleged embezzlement or fraud by a Court or other Tribunal established by law…..”. I’m sure we can safely extend this dictum for embezzlement and fraud, to drug-related and other criminal allegations. While these allegations are nonetheless weighty and shameful, they remain mere allegations; and, neither group can call for the resignation of the other candidate until the allegations are proven in a court of law, and they are convicted of some offence or the other. We all know that they would have completed their term(s) in office before any of their cases will be concluded, if ever they even reach trial stage!

The truth of the matter is that, the inadequacies in the provisions of Section 137 of the Constitution and other similar provisions, allow these integrity issues to be pushed aside as being irrelevant, and are conveniently described by some, especially spokespersons and supporters of the candidates, as time-wasting witch-hunting of their candidates by those who raise them; and we are then asked to concentrate on other more relevant matters like the manifestos of the candidates instead; as if the characters of those who want to lead us, especially with regard to honesty and integrity should not be of concern. I do agree that an individual’s level of honesty or integrity, is not a measure of his or her capacity, but it is relevant since it affects decision making, and also, particularly when corruption has become one of the major problems in a country, whose incoming leaders claim to be the ones that will eradicate this evil from our society.

And, it is partly this contempt for integrity that translates into contumacious administrations who have no regard for the Judiciary and the rule of law, and observe the laws in their breach with gusto and aplomb, or at best, govern on the edge.

In February 2021, the Inspector General of Police, Usman Alkali Baba (IG) was appointed. Section 215(1)(a) of the Constitution provides that the President shall appoint the IG from serving members of the Nigeria Police Force on the advice of the Nigeria Police Council (NPC), which comprises of the President, Governors, Chairman of the Police Commission and the IG. Also see Section 7(3) of the Police Act 2020 (PA).

Did the NPC properly advise the President on his choice of IG, that’s if he even sought their opinion? Why appoint someone whose term of service would mandatorily end before the term of office ends? This IG’s tenure should come to an end in February 2025, four years from February 2021; but, come March 1, 2023, the IG will be 60 years old, and two weeks later, would mark 35 years he enlisted in the Nigeria Police Force. The IG is a Public Servant, and by virtue of the fact that he is a member of staff of the Nigeria Police Force, an authority established for the Federation by Section 214(1) of the Constitution, and is subject to the Federal Public Service Rules 2009 (PSR). Specifically, Rule No. 020810 thereof, provides for the compulsory retirement of all grades of public service officers at age 60 or 35 years of service, whichever comes first – in this case, the IG’s birthday comes first. According to the said Rule, the IG is obliged to step down on March 1. This PSR retirement age provision, is mirrored in Section 18(8) of the PA, and as the word ‘shall’ is used in this provision too, it is mandatory. See the case of Ishola v Ajiboye 1994 6 N.W.L.R. Part 352 Page 506 per Rhodes-Vivour JCA (as he then was); and also Ibrahim & Ors v Akinrinsola 2010 LPELR-4144 (CA) on the the word ‘shall’ being mandatory.

Section 7(6) of the PA also provides for a four year tenure for the IG, and the word ‘shall’ is also used in the said provision. See the case of Ishola v Ajiboye (Supra).

So, what is the consequence of appointing someone who doesn’t have up to four year’s left in service, as the IG who has a four year tenure? I believe that the correct position of the law on the IG’s situation is that on March 1, 2023, the day he turns 60, he shall cease to be a serving Police Officer of the Nigeria Police Force by virtue of Section 18(8) of the PA, and it will be both unlawful and unconstitutional (see Section 215(1)(a) of the Constitution) for the President to seek to extend the IG’s tenure, even in the face of Section 7(6) of the PA, because he will no longer be a serving Police Officer.

An amendment to Section 7(2) of the PA is required – aside from the provision that the appointee  must not be less than than the rank of an Assistant Inspector General of Police, an additional inclusion that the person to be appointed to the office of IG must have an excess of four years left in service, so that the issue of the irregular extension of tenure does not arise, must be inserted to avoid the controversy that has arisen in recent times, at least in the case of the last three IGs. Government must not continue to operate as if it’s word or that of the President, are above the laws of the land, because they are not. The President does not have the power to amend the law, with an executive action or instruction. After all, we are purportedly in a democratic setting, not a military regime.

The issue of the IG’s retirement keeps cropping up. In 2019, the word was out that the President intended to extend the tenure of the then IG, Ibrahim Idris Kpotum whose 35 years of service was completed on January 3, 2019, less than two weeks before his 60th birthday. In 2021, the President unlawfully extended the tenure of IG Mohammed Adamu by a period of three months, on the excuse that Government needed time to appoint his successor, only to appoint a successor whose retirement age/term of service was not in consonance with the PA?

I will not bother to go into the Federal Government’s contravention of Sections 1(2) & 14(3) of the Constitution in some of its appointments – disobedience of Federal character provisions and concentration of powers in certain groups of people; and I will conclude that, Government’s contumaciousness and disregard for the rule of law, has become contagious, infecting not only it’s agencies and officials, but also flowing down to the people generally.