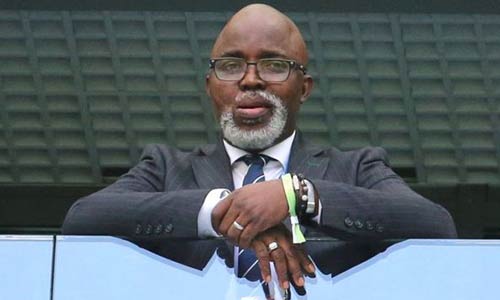 More facts have emerged against top officials of the Nigeria Football Federation being investigated by the Independent Corrupt Practices and other related Offences Commission.

The investigation became public knowledge last Friday when properties belonging to the NFF officials were seized.

Checks by our correspondent on Wednesday revealed that officials of the ICPC had established “fresh facts” against the NFF officials.

According to a top source in the ICPC, the NFF officials have “much dirty linens.”

The source further explained that “progress is being made in the investigation.”

The ICPC spokesperson, Rasheedat Okoduwa, confirmed that more facts had emerged, although she refused to divulge details.

“As we proceed, the facts become clearer and clearer,” Okoduwa told Sports Extra.

The anti-graft agency’s spokesperson also warned members of the public against buying the seized properties owned by the NFF officials under investigation.

When asked why the officials were still in their properties, she said, “Having access to the property is not a point. The point is that the ICPC has put a notice on that property.

“We have made it known that the properties are under investigation by virtue of the owners of those properties. There is a notice to the whole world not to deal with that property. They can stay there until we conclude our investigation.”